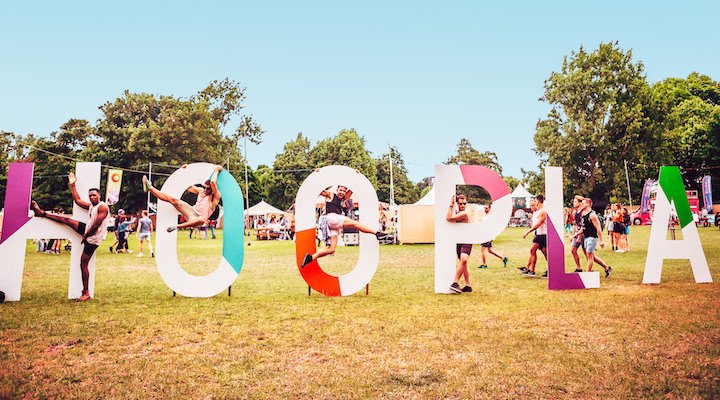 Mighty Hoopla, the fabulous festival celebrating all things pop and enjoyment is returning to London this year, after the success of 2017. And they’ve just announced their headline act: TLC. This year is sure to be a pop-studded, glitterfest of a summer playground.

Atlanta formed TLC, the best-selling American girl group, will headline Mighty Hoopla this June for a UK festival exclusive. The R&B behemoths will perform their first ever UK festival, promising a set bursting with some of the biggest hits of our time, including girl power anthem ‘No Scrubs’, the life-affirming ‘Waterfalls’ and ‘Creep’, as well as huge summer hits ‘Way Back’ and ‘It’s Sunny’ from the band’s eponymously named 2017 album, which saw them return after a 15 year hiatus. The performance in South London’s Brockwell Park will mark the group’s second ever UK performance following a sold out KOKO show last year.

Heading up the celebration of alternative club culture are Sink The Pink (who just released details of their London Pride event) and Guilty Pleasures, with their Mighty Hoopla friends and family in tow. These include the undisputed champions of House & Disco love-ins and Ibiza kings Glitterbox; the bingo party that’s taken the UK by storm – Bongo’s Bingo; East London’s cult queer LGBTQ haunt The Glory; Clapham nightlife kings The Grand and more still to be announced.

Although all early bird tickets have now sold out, normal tickets are currently available from £40. For more information and to buy tickets, visit: mightyhoopla.com.

The Mighty Hoopla festival is planned to take place in Brockwell Park, London on Sunday 3 June 2018.