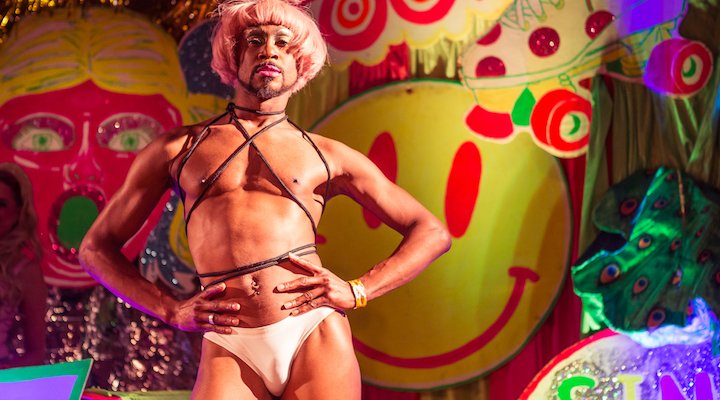 Returning in 2017 to East London’s Victoria Park, London’s leading club nights join forces for the Mighty Hoopla, set to be the ultimate celebration of pop and alternative club culture. The pop phenomenon on 4th June in London’s Victoria Park is set to be one super salacious big day out. Preparing to grace the stage this summer are newly announced stars Will Young feat. Sink The Pink Soundsystem, plus Raye, Girli, Alma, Porter, who join the previously announced All Saints, Charlotte Church’s Late Night Pop Dungeon, Sophie Ellis Bextor and many more.

Will Young needs little introduction, bringing his infectious pop presence to Mighty Hoopla for a never-before-seen show with Sink The Pink Soundsystem, alongside the previously announced Sophie Ellis Bextor and the Sink the Pink queens. Joining them are a who’s who’s of rising talent including incredible British singer songwriter Raye, fresh off the back of collaborations with Charli XCX, Stormzy, Jonas Blue, not to mention her recent chart smash hit ‘You Don’t Know Me’ with Jax Jones. Then there’s Girli, an unapologetic forward thinking artist forging her own path with a unique brand of cyber-electronic hyper-pop, plus viral Finnish sensation and ‘Dye My Hair’ hitmaker Alma, MNEK collaborator Porter and more.

Also set to play Mighty Hoopla are the all conquering quartet All Saints who had huge success in the late 90s with singles ‘Never Ever’, ‘Pure Shores’ and ‘Black Coffee’ and who returned successfully to the pop fray last year with the top 3 album ‘Red Flag’. Charlotte Church’s Late Night Pop Dungeon will be in full swing plus the 90s rave up returns with Pump Up The Jam-ers Technotronic feat. Ya Kid K, Snap! (who hit No.1 with The Power and Rhythm is A Dancer) and ‘Where Love Lives’ hit-maker Alison Limerick.

Presenting the new pop event concept, Mighty Hoopla will be packed with relentlessly energetic DJs, bedazzling dancers, live bands and speciality performers galore. Other club nights making up this year’s Hoopla are the newly announced The Grand, plus premier power ballad night Ultimate Power; the bingo party that’s taken the UK by storm – Bongo’s Bingo; huge karaoke night Masseoke; female only R&B night R&She and We Love Pop (does what it says on the tin). East End performance bar The Glory will take over the bandstand and many more troupes and dancers to be announced who spend most of their Monday’s picking glitter out of their hair.

Further announcements for this unique summer event are available at mightyhoopla.com. Tickets are on sale now, priced from £30.