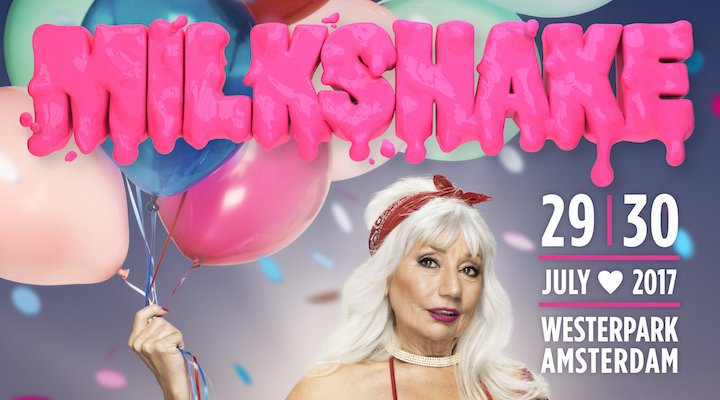 Milkshake Festival, 29-30 July 2017, the world’s most open-minded electronic music festival returns to Amsterdam this July. A true celebration of diversity, this year will feature an entire stage dedicated to George Michael and Wham. For those not familiar with Milkshake festival, here is the preview video.

A collaboration between two of the city’s major clubs, Paradiso and AIR, Milkshake festival has been created from the thought that ‘nothing should be mandatory, anything is possible’ with a dose of liberalism, art, culture, entertainment and creativity. Life is just a party thanks to the great diversity of skin colours, religions, sexual preferences and male and female forms. Thick, thin, small, large, gay, straight, trans, black or white: Milkshake, perhaps unlike this year’s Eurovision, is a true celebration of diversity and freedom of expression.

Taking place at the Westerpark culture park, the 6th year of Milkshake festival will feature the Wham’bam Thank You Ma’am stage, a special ode to Wham, in honour of George Michael. With its own defining character, breathtaking decor and performance art, festival revellers are in for a fun and entertaining ride! ‘Let Milkshake take you to the place, where membership’s a smiling face… Fun and sunshine, there’s enough for everyone!’

Dutch artist Erwin Olaf will own a place in the Westerpark and, like in previous editions, tell a story through performances, light and music. Transformer by Joost van Bellen and Zubrowka International are present for the second time. Transformer is about the transformation in many different forms, from falling in love to the transgender community and this is celebrated. International contributions come from Paris, London, Cologne and Berlin. Less Drama More Techno from Paris emerged from the less-is-more way of thinking: less blah-blah, less ‘attitude’, less drama, but more Techno! The WUT? CLUB from London is characterised by controversial colourful club kids who rebel against the narrow-mindedness and refer strongly to the club kids of the infamous club Limelight in New York.

From Germany comes Sexy Party Cologne. These renowned parties usually take place at the Bootshaus in Cologne and are a focus during one of the largest Gay Prides of Europe. Ostgut Ton is an internationally renowned record label owned by club Berghain in Berlin. The world-famous club with fetish influences is to this day seen as the leading techno club in the world, with resident artists including Ben Klock and Len Faki.

At Milkshake, the festival where ‘nothing is mandatory, but anything goes’, Amsterdam and Rotterdam are brotherly represented. “De Trut” (The Bitch), an Amsterdam non-commercial disco for dykes and queers since 1985, provides a good atmosphere and good music. You can also expect Damage by Mister B. Mister B‘s leather and fetish shops are a representative of the fetish scene since 1994. Rotterdam is present again by NOW & WOW and Liberated whilst Gaybar makes his first appearance by Spacemaker and photographer Ari Versluis who does the visuals. 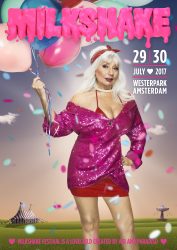