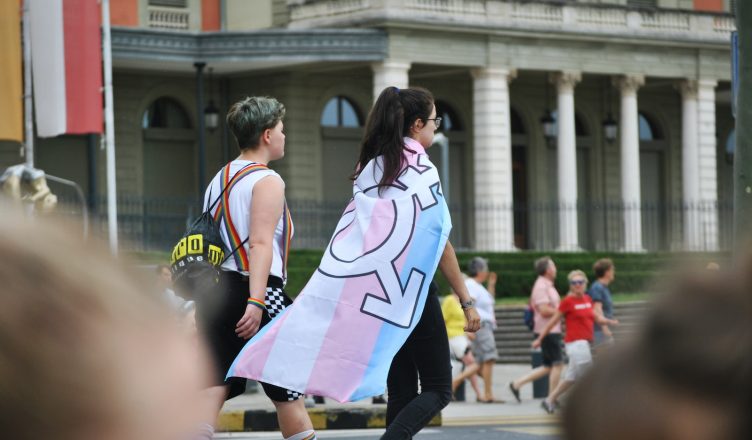 The LGB Alliance has this week been classed as a hate group by an international anti-extremism non-profit.

The Global Project Against Hate and Extremism (GPAHE) have released a report listing a number of ‘hateful and extremist’ groups in Ireland, and the highly controversial LGB Alliance was included.

According to GPAHE, the LGB Alliance is among 12 ‘far-right’ groups that embrace ‘beliefs and activities that demean, harass, and inspire violence against people based on their identity traits including race, religion, ethnicity, language, national or social origin, caste, gender, sexual orientation, or gender identity’.

About the LGB Alliance

Though the LGB Alliance claims to represent the lesbian, gay and bisexual community, it is highly criticised by LGBT+ people in the UK and worldwide – mainly for its alleged transphobia.

Analysis of its social media platforms suggests it isn’t very lesbian, bisexual or gay, and one of its founders admitted under oath at Allison Bailey’s Employment Tribunal that only 7% of supporters were lesbians.

Founders, high profile supporters and the charity itself have made a string of controversial statements, such as opposing a conversion therapy ban, calling for an end to LGBT+ school clubs, describing ‘utter revulsion’ at the LGBT+ flag, saying that ‘every’ intersex person has ‘certain conditions that necessitate medical treatment’, calling for gay venues to close over monkey pox, disavowing rainbow lanyards, condoning opposition to same-sex marriage, likening LGBT+ identity to bestiality, failing to understand HIV and PrEP, and repeating the groomer trope – the pernicious implication that LGBT+ people are a threat to children and vulnerable people.

One supporter even appeared at a protest in bizarre blackface and a nappy, with fellow supporters nicknaming the look ‘black pampers’ (an iffy riff on the Black Panthers), in a pointed attack against black bloc protesters in Manchester that appeared to rely on racist tropes and anti-Black mockery for effect.

After it had called for venues to close because of the risk of monkey pox, some LGBT+ activists suggested the charity was creating a moral panic akin to the one during the AIDS crisis.

‘If the LGB Alliance is trying to kid people that they’re a credible alternative to Stonewall then doing a poor 1980s Thatcherite AIDS scare cosplay is a funny way of going about it,’ author Christine Burns MBE told openDemocracy.

‘Closing gay saunas won’t stop the spread of monkeypox. Attendees will simply switch to online hookups and outdoor cruising grounds. Far more effective is for saunas and other gay venues to educate customers about the symptoms and the importance of testing and isolation for those with signs of monkeypox.’

LGB Alliance Ireland has even suggested cognitive behavioural therapy could be used as a form of conversion therapy for people experiencing gender dysphoria. Unusually, LGBA Ireland appears to be operating out of London, suggesting it might be an astroturf organisation.

The organisation has also previously been accused of minimising rape by lesbians and women, after a woman in a survey claimed she was raped by another woman, and the LGBA said that women cannot commit rape. They later claimed there was a legal loophole that justified this statement, although Government advice suggests this may be an incorrect interpretation of the law.

The group has been repeatedly accused of trying to divide the LGBT+ community – a claim occasional LGBA allies The Heritage Foundation have also made, after far-right Christian groups had previously suggested this was a desirable outcome. They have also been accused of being complicit in increasing hate crimes against trans people.

Many UK prides and LGBT+ groups have denounced the LGBA.

One of the founders of the Gay Liberation Front said,

Why should LGB think that we need to be defined as “same-sex attracted” which is not a word but a label, and one made up by a committee, when what we are about is so much more than just sex? […] The LGB Alliance’s thinking has confused the way sex and gender work, with the way society works, but they’ve had to, in order to acquire the funding, or power, that allows them to afflict their violence on trans people and on other sexualities they don’t like. […] We call on all lesbians and gays involved in LGB to walk out. There is enough trouble in the world as it is without creating divisions within our own community.

Of LGBA, former CEO of Stonewall Ruth Hunt said, ‘It feels to me that the old, homophobic attitudes have simply morphed into new transphobic ones. The same hatred is behind all of it.

‘When those who spread such prejudicial views present themselves as our friends, merely trying to defend us from the malignant danger of trans people, it is completely disingenuous.’

The TUC conference voted to endorse a statement declaring the charity transphobic: ‘This conference condemns any transphobic organisation who are awarded charity status by the Charity Commission. Charity status enables them to apply for grant funding, claim tax relief and be recognised as a force for social good.’

The motion continued, ‘Organisations whose sole aim is to divide the LGBT+ community and ostracise trans and non-binary people are not for the greater good.’

UK Union federation, the TUC, has just renewed its policy to lobby against the charity status of the so-called ‘LGB Alliance’. #tuclgbt #proudtobeunion pic.twitter.com/s3xlWz0Z72

In 2020, it had published the following statement: ‘In the UK, anti-trans campaigners are deliberately stoking dissention between LGB and T sections of our communities, including the founding of the anti-trans LGB Alliance… Many conservatives have tried to portray trans rights as a danger to women and also children. This is reminiscent of homophobic lies of the past and we reject this.’

Almost 45,000 people have also signed a petition in support of Mermaids (as of writing this article), a charity which has also been targeted by the LGBA.

LGB Alliance founder Allison Bailey recently tried to sue Stonewall and lost – despite the fact that half a million pounds was crowdfunded for the legal action. Bailey won just £22,000 in damages for ‘injury to feelings’ caused by her former employer in her Employment Tribunal against Stonewall and Garden Court Chambers. Many found this case especially ironic, since ‘gender criticals’ are so fond of saying ‘facts don’t care about your feelings’.

While Garden Court Chambers has suggested it is exploring its options ‘with a view to appeal’, a Stonewall spokesperson said, ‘We are pleased that the Employment Tribunal has ruled in a decision published today that Stonewall has NOT been found to have instructed, caused or induced Garden Court Chambers to discriminate against Allison Bailey.

‘Our Diversity Champions programme supports employers to make their workplaces inclusive and supportive of LGBTQ+ employees. It provides resources, guidance and support for organisations who are committed to creating a workplace where everyone can thrive.

‘We are incredibly proud of the inclusive communities these organisations are creating across the country, by going above and beyond the legal minimum to provide leading support for LGBTQ+ people at work.

‘The case heard by the Employment Tribunal did not accurately reflect our intentions and our influence on organisations. Leaders within organisations are responsible for the organisational culture and the behaviour of their employees and workers. Stonewall’s resources, support and guidance is just one set of inputs they use to help them as they consider how best to meet the needs of their own organisation.

‘We are proud to work every day for the freedom, equity and potential of every LGBTQ+ person, whether that’s fighting for LGBTQ+ Afghans to be resettled in the UK, campaigning so that lesbian and bi women can access IVF without paying £25,000 out of their own pockets, or securing a ban on conversion practices that protect all LGBTQ+ people from lifelong harm.’

The LGB Alliance has also been known to pressure organisations to drop their support of Stonewall, or membership in its Diversity Champions scheme.

The GPAHE explains, ‘Ireland’s far-right scene has grown in recent years in reaction to progress for LGBTQ+ equality, increased access to abortion, and the fabricated threat of the anti-immigrant and white-supremacist “Great Replacement,” lie, even though immigration to Ireland has declined since 2018.’

‘Similar to the U.S. and other parts of the world, there’s a disturbing trend in Ireland where white nationalist, anti-LGBTQ+, anti-immigrant, and anti-lockdown groups seem to be coming together and echoing each other’s hateful rhetoric,’ said Heidi Beirich, co-founder of GPAHE.

For example, the Great Replacement conspiracy theory has been eerily echoed by anti-trans groups who claim that ‘trans ideology’ is erasing women, girls and ‘same-sex attraction’ in the same way racists and neo-Nazis claim immigrants, foreigners and people of colour are replacing white people.

Beirich added, ‘One of the scariest things about this coalescence,’ she continues, ‘is that they are able to spread their extremist messages wider and recruit more people into their movements. Unfortunately, we expect the far-right in Ireland to continue to grow.’

Others consider LGBA a hate group

According to journalist Gaby Hinsliff, ‘The Alliance is seen by many in the LGBT sector as a fringe organisation at best, and at worst a hate group.’

LGB Alliance has previously been declared a hate group by Pride in London, Pride in Surrey, the LGBT+ Liberal Democrats, the Labour Campaign for Trans Rights, the Independent Workers’ Union of Great Britain, barrister Jolyon Maugham, Green Party of England and Wales co-leader Carla Denyer, and journalist Owen Jones. The Trade Union Congress and Hope not Hate have also called them anti-trans.

Many have questioned the way the media have platformed the LGB Alliance, comparing this to quoting racist groups on issues affecting people of colour.

For example, Ofcom CEO Dame Melanie Dawes said – in response to a comment from MP John Nicolson asking why ‘transphobic groups like the so-called LGB Alliance’ should appear on BBC programming – that ‘quoting anti-trans pressure groups in order to bring balance ‘can be extremely inappropriate’.

The entire list of ‘hateful and extremist groups’ includes:

The authors noted that there was significant overlap in hatred between groups and that there is clear ‘communication and coordination between some of the groups’.

They also point out that ‘some of Ireland’s far-right groups are influenced by American far-right extremists and are actively engaged with other extremist groups in Europe’.

‘It’s critical that people, locally and globally, understand the far-right extremist landscape, how it operates, and how the dots are connected within countries and transnationally in order to counter the threats from these groups. Community safety and democracies are at risk. We hope these reports will help advocates do that.’

You can read the full report online now.