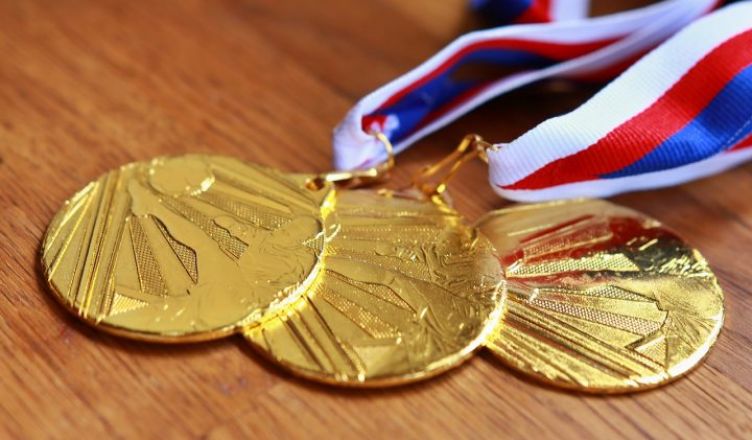 It’s been another year of political upheaval – which now seems to be the norm. With Trump being Trump in the White House, Britain dealing with Brexit, Australia having yet another coup and the rise of populism we could spend far too long being distracted from the other events of the year.

So let’s start this review of 2018 with some positive stories in the world of sports.

The sporting year opened with the world gathering in South Korea for the winter Olympics.

These games became particularly poignant because of the political tensions between North and South Korea – two nations still technically at war. Whilst the International Olympic Committee (IOC) tends to steer away from politics this couldn’t be ignored.

An invitation to partake in the games was sent to North Korea. With North Koran Athletes qualifying in their own right this was seen as a way of de-escalating tensions in the region and yet the North failed to submit their athletes which meant their qualification spots were allocated to other nations.

The IOC and the Pyeonchang officials were willing to accommodate late entries from the North which eventually saw two figure skaters enter with the women’s ice hockey team of both North & South Korea competing as one nation. At the opening ceremony, both the Koreas marched out into the stadium as one nation in a huge act of symbolism.

Following the games, peace talks resumed between the two governments with a ceasefire agreed and North Korean Leader Kim Jong-Un becoming the first North Korean leader to visit the South since the conflict began.

The hope is that the lasting legacy of the games won’t be a sporting one, but a political settlement between the two Koreas.

Outside of the politics, Team GB matched their medal total from 2014 with one gold from Lizzie Yarnold, who became the first Brit to defend a winter Olympic gold and is now Britain’s most successful Winter Olympian. A further four bronze medals complete the tally: two from the skeleton, one from freestyle skiing, and one from snowboarding.

There was also heartbreak for Elise Christie. The world champion speed skater broke an Olympic record in her heat of the 500-metre event, only to be beaten later in the same round by Choi Min-jeong by a tiny margin of 0.002 seconds.

Christie again broke and then lost the Olympic record in the quarter-finals, only to go on and lose it again to Choi Min-jeong in the semi-finals. Christie finished second in her semi-final. She crashed out in the final when Yara Van Kerkhof’s skate clipped her hand when Van Kerkhof was under-taking her. Ultimately, Christie finished fourth while Van Kerkhof came second.

In the 1500-metre race, Christie again had terrible fortune. She crashed out in the semi-final race after colliding with the Chinese Skater Li Jinyu. As well as being disqualified from the race, Christie had to be stretchered off with an injury to her ankle.

Christie valiantly turned up for the 1000-metre heat, but the race had to be restarted after she crashed out before the first corner. Though Christie finished second in the heat and was carried off in pain, she was again disqualified for having caused two collisions.

Another significant first to mention is the first Winter Olympic gold medal to be won by an LGBT athlete. 16 LGBT athletes competed in the event, marking this the first time that gay men had openly competed.

The summer brought with it the World Cup from Russia.

Overshadowed by political events in both the bidding process and from the Kremlin (following the alleged Russian chemical attack in Salisbury). Faith in the England squad was low with fairly new Manager Gareth Southgate and his relatively young and inexperienced squad.

The competition threw up many surprises, with reigning champions Germany suffering from the champion’s curse and not passing through the group stages for the first time since 1938. Their defeat was sealed by a 2-0 victory from South Korea.

Russia, the tournament’s worst-ranked team, made it all the way through to the quarter finals and lost on penalties to Croatia. This was after knocking out one of the favourites to win: Spain.

Brazil lost to Belgium in the quarter finals. No African nation made it out of the group stages, after the fair play rule came into force for the first time, putting Japan ahead of Senegal.

Meanwhile, England had come second in their group after losing only to Belgium. In the knockout stages, England were forced into the dreaded penalty shootout – a feature which usually sees England leave the tournament. But not in 2018. Finally, the curse was broken and England beat Columbia on penalties 4-3.

A sense of optimism started to swell in the country. Then England faced Sweden in the quarter finals in a tense match that secured England’s place in the semi-final, matching their 1992 performance.

England faced fellow tournament outsiders Croatia in a match that had the nation gripped. Even non-football fans like myself were swept up in the enthusiasm, flying our St George’s flag and glued to the screens. And yet it was not to be.

A last minute goal from Croatia in extra time meant that England had to fight Belgium for third place in the play-offs. Just like the match in the group stages, Belgium beat England. And yet, this time there was no long lasting despondency. England was again proud of our national team, and filled with hope that the young squad would grow under Southgate.

Harry Kane went away from the tournament with the Golden Boot for most goals scored. France eventually went on to win the tournament and their second World Cup in 10 years – beating Croatia 4-2.

For 17 days across June and July, the world’s media attention turned to a cave in Thailand where 12 members of a junior football team were trapped.

The team members aged between 11 and 17 and their 25-year old coach had become trapped after the water levels rose after heavy rainfall. On 2 July, two British divers, John Volanthen and Richard Stanton, found the team 4km from the cave mouth.

Options were discussed such as teaching the team basic diving skills, drilling into the cave or waiting for the monsoon season to end. In between monsoon weather they had managed to pump out some of the water.

Prior to the rescue effort there was one fatality: a former Thai Navy Seal, Saman Kunan, aged 37, died of asphyxiation in his return from delivering oxygen supplies to the team.

Two days later the mission to bring the boys out started and from 8-10 July, all team members and their coach were rescued with no further fatalities.

A 100-strong diving team from all over the world came to help with a total of 10,000 people involved. The British divers were later given a Pride of Britain award for their efforts and named in the New Year’s Honours List.

For the first time, para events were mixed in with the regular programme. Australia topped the medals table for the fourth time in the past five games with 80 golds – a pleasant sight considering they hadn’t achieved their medals target in the Rio Olympics two years prior.

Big names from Rio all added to the medal tallies, with Adam Peaty breaking his own world record. Probably the most celebrated gold was the women’s netball team, when England beat long-standing rivals Australia to take the gold.

The Home Nations dominated in the pool, the gym and on the cycle track, with some promise in the athletics. All this gears towards the Tokyo 2020 Summer Olympics where there are some big retired shoes to fill in order to maintain the medal tallies for Team GB – who in Rio became the first former host nation to better their medal tally in the following games.