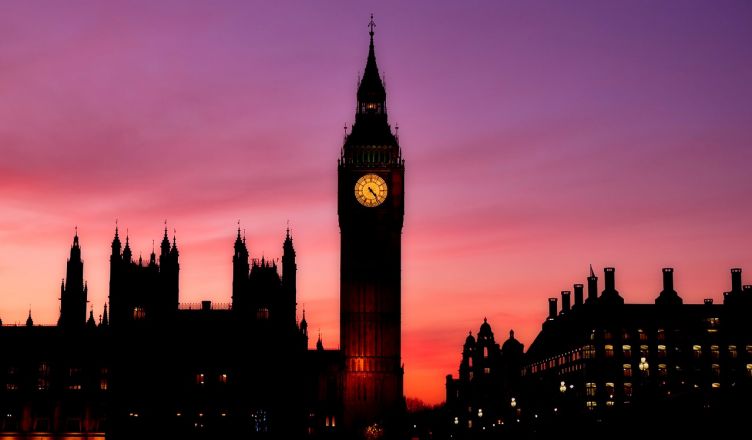 We can’t seem to go a single day in Britain without hearing about Brexit and seeing the chaos it’s causing.

Prime Minister Theresa May has tried everything in her admittedly weakened power to get some movement with the EU. She ends the year having had not one but two Brexit Secretaries quit the job over differences with the PM on the final deal.

Foreign Secretary Boris Johnson and David Davies (Brexit Secretary #1) resigned two days after a Cabinet away day where they ‘all agreed’ on what came to be known as the Chequers Deal. Dominic Raab (Brexit Secretary #2) resigned alongside Work and Pensions Secretary Esther McVey the day after the cabinet voted to accept the deal.

No doubt the political word of the year is ‘The Backstop’. At the heart of the rift over the deal is the Northern Ireland Backstop, a fail-safe where, should the UK not get a trade deal with the EU during the two-year transition period, Northern Ireland would stay with the EU customs union to avoid a hard border with the Republic of Ireland.

This didn’t deter the PM, who seemed determined to put her deal to the vote in the Commons with the Backstop in the proposal. Then, despite her own side telling her it was unacceptable, she realised at the last minute the vote wouldn’t go her way and so midway through the five-day debate she pulled the vote.

This not only upset the opposition parties, who saw an opportunity to defeat the Government and try and force an early election, but it also upset her own side who wanted to defeat the PM’s deal to try and force her back to the negotiating table with a tougher line.

Unfortunately, May had upset 38 members of her party, who wrote letters triggering a confidence vote. The Prime Minister won the vote 200-119, which means she’s secure in her job and doesn’t have to face another challenge for 12 months.

Cue the opposition leader, Jeremy Corbyn, who had been waiting for the right opportunity to strike the weak PM. Fellow opposition parties had been calling for a confidence vote in the Government (unrealistically) thinking they could get the two-thirds majority required to trigger a snap election.

Fresh from her fight with her own MPs, the PM took to the dispatch box. Jeremy took his position, cheered on by his own MPs, while pundits watched with bated breath. He struck, calling for a non-binding confidence vote in the Prime Minister.

Up stood Ian Blackford of the SNP. ‘We, the SNP, Plaid, the Lib Dems and the Greens call a vote of confidence in the Government.’

Another gasp. The speaker stood.

‘Calm yourselves. Only the leader of her Majesty’s opposition can call a confidence vote in the Government, and you well know it,’ Speaker Bercow said.

So what does 2019 bring for May? Well she is free from the threat of a leadership challenge and fairly safe from a snap election if she keeps the DUP in line. Now all she has to do is get her deal through the fractured Parliament whilst continuing to ignore calls for another people’s vote.

With the clock ticking down to the leave date of 29 March, there isn’t much time for anything else other than crashing out unless the PM’s dead deal is resuscitated or the EU give way.

And leaving is just the first hurdle. Then there is the whole issue of our future relationship with the EU. 2019 will probably be as turbulent as 2018 in the world of Brexit.

This year saw two weddings and a birth for the royal household.

Prince William and the Duchess of Cambridge welcomed their third child, Prince Louis Arthur Charles, on 23 April. He became fifth inline to the throne.

Due to her father not being present, Markle walked the first half of the aisle by herself to then be greeted by the Prince of Wales, who walked her the remainder of the isle as her mother watched.

The unexpected star of the event was The Most Reverend Michael Curry, Presiding Bishop of the Episcopal church. His 14-minute sermon emphasised the redemptive properties of love and, though strangely captivating, caused the service to overrun by eight minutes.

In a second royal wedding, Princess Eugenie also got married.

While Markle is the first openly black person in the royal family, she may not the first person of a black background to become English royalty.

Recent research suggests Queen Charlotte may also have been mixed race. Similarly, Queen Philippa of Hainault may have had Moorish (North African) roots.

At her Coronation, Queen Elizabeth II also mentioned the African and Asian branches of her family, by way of explaining her position as head of the Commonwealth.

Later in the year – on their first official tour of Australia, New Zealand and Fiji – the Duchess of Sussex announced that she was pregnant.

RELATED ARTICLE  Is the US ready for equal marriage for LGBTQ people?