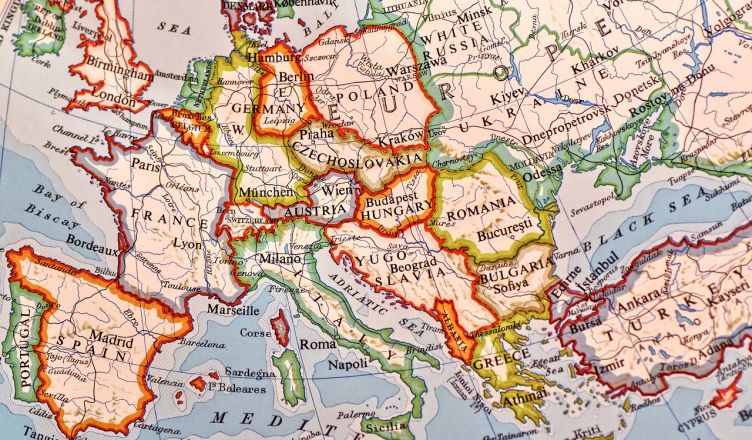 Europe has had a rocky year, too – not least because of Brexit.

If you think the grass is a calmer shade of green inside the EU, let’s take a look at just a few of our European Friends.

No Government in Sweden

In Sweden they held their general election in October. Whilst there are eight main parties in the Swedish Parliament the majority tend to align to two blocks.

On the left and in Government, prior to the election, we had the Red-Green bloc made up of the Social Democrats (S) and the Greens (MP), supported by the Left party (V).

In the main opposition group, we have the Alliance made up of the Moderates (M), Centre Party (C), Liberals (L) and the Christian Democrats (KD).

The Sweden Democrats (SD) make up a big chunk blocking either the Red-Greens or the Alliance from having a full majority on their own.

The Greens were nearly wiped out of Parliament completely, having only just scraped above the 4% required to gain seats. The remaining smaller parties all made gains.

If we apply this to the blocs: the Red-Greens lost 15 seats with 144, the Alliance only gained a net of 2 seats putting them on 143, and the Sweden Democrats gained 13 putting them on 62. Parliament returned with no governing coalition formed and with the help of the Sweden Democrats, the Alliance ousted Prime Minister Stefan Löfven and his Red-Green government from office.

The Centre Party and the Liberals thus joined the Red-Greens in voting against the deal.

In a twist, Centre Party leader Annie Lööf, who led her party into fourth, was tasked with trying to form a government. She was open to a government of her and any of the other parties, except the Left party and the Sweden Democrats.

Upon the deadline set by the speaker, she conceded defeat, stating neither of the two larger parties were willing to compromise.

Löfven was then given another shot. Initially the Centre Party and the Liberals sided with Löfven’s Red-Green government. It was Löfven’s job to submit a budget as he was leading a caretaker government. This was defeated and instead a budget created by the Moderates and the Christian Democrats was passed with support from the Sweden Democrats aided by the abstentions of the Centre Party and the Liberals.

Löfven’s latest bid to stay on as PM failed. The Speaker has one more attempt to try and find a government, otherwise Sweden heads back to the polls in April.

The Beginning of the End for Merkel

In Germany, the beginning of the end for Europe’s current longest serving head of government is underway.

Following a disappointing result, yet still a victory, in the federal elections last year, Merkel retained her position as Chancellor but struggled to form the Coalition she wanted that kept the far right Alternative for Deutschland (AFD) out of opposition.

Following further disappointment in the local elections, Merkel decided to stand down as Chair of her Christian Democratic Union Party (CDU) – a position she has held since 2000. Merkel also stated she intended to see out her term as Chancellor, a position she’s had since 2005, but would not fight another election.

The race for Chair of the party signals the end of the Merkel premiership. Fortunately for Merkel, her apparent protégé, Annegret Kramp-Karrenbauer (or AKK as she’s known), won the leadership race.

AKK is formerly the head of the state of Saarland and is in favour of Merkel’s controversial policies towards refugees. Whilst Merkel vows to stay on until the 2021 federal elections, pressure may mount on her to go after the 2019 EU elections.

AKK is already starting to lead Merkel in the polls, which if she shows a strong result in the EU elections could apply pressure. No doubt Merkel will want to stay on to see out the Brexit negotiations.

With Macron in his infancy as President of France, Merkel is the senior statesperson in the EU 27, and has been the driving influence behind such negotiations as the Greek Bailout.

Macron and the Gilet Jaunes

In France, President Macron has had a turbulent year.

Voted in through his new party En Marche, the centre-left President has slumped to an all-time low in the polls. Labour reforms have upset the unions and he ends the year with serious civil unrest.

The grassroots movement of the Gilets Jaunes saw widespread protests over fuel tax hikes, the rising costs of living and claims the working class are paying the most with Macron’s tax reforms.

A poll of the protesters show that the Majority didn’t vote for Macron in 2017: many had either not voted, or had voted for the far-right Marine le Pen or the far-left Jean-Luc Mélenchon.

In November, approximately 8,000 protesters descended on Paris with the encounter ending in violence and €1.5m in damages to the city.

In early December, the protests spread to the south of France in Marseille and Nice. Paris was also the scene of another protest which ended with around €4m worth of damage.

On 10 December, a record 23 million people (around 1/3 of the population) tuned in to watch Macron’s TV address, where he announced an increase in the minimum wage, an end of year bonus, and that pensioners on low incomes would be excluded from any tax rises. However, he stood by his unpopular solidarity tax.

Prior to his speech, his government had announced they would not be implementing the fuel tax rise. The Gilets Jaunes still seek to realise their goal of the resignation of Macron.

A new name to end an old dispute

A 27-year dispute between Greece and Macedonia (or Former Yugoslav Republic of Macedonia, to you Eurovision fans) came to a near conclusion in June.

Greece has long held the view that, due to the historical kingdom of Macedonia mainly being in Greece and in order to protect the identity of the current Greek region of Macedonia, the F.Y.R Macedonia should not be allowed to refer to itself as Macedonia without a geographical qualifier.

The Greek Prime Minister Alex Tsipras and his Macedonian counterpart, Zoran Zaev, agreed on a settlement of a renaming to the Republic of North Macedonia, an agreement the Macedonian President initially refused to sign.

A referendum was held on 30 September asking weather to support EU and NATO membership by accepting the agreement between them and the Greek government to change the country’s name. 94% of the voters agreed but with a 37% turnout.

In May, the people of Ireland took to the polls to vote on whether an amendment to the constitution should be made to allow for the legislation of abortion. Ireland outlawed abortions except in the case where there is risk to life of the mother under the 8th amendment, which guarantees the unborn right to life.

Whilst the polls seemed to show a yes vote would win there were concerns among the yes campaigners over the divide between the cities and the rural areas, which may tip the balance towards a no vote.

There are concerns for those in Northern Ireland who still have strict controls on abortion legislation. British PM Theresa May was asked if she would table a referendum for Northern Ireland to adopt a similar approach. This was declined.