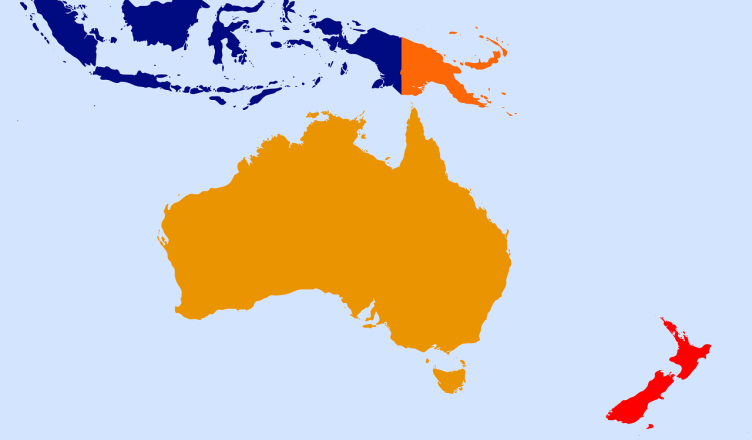 This time, we take a look at the major political happenings down under.

Australia and New Zealand have had a busy year, too.

It’s often said that if you don’t learn from history you are doomed to repeat it. I have previously written about Australia’s bloody politics and in 2018 the knives were out once again.

The spill divided the party, with Turnbull ousting Abbott 55-44. The subsequent federal election returned Turnbull as Prime Minister with a majority of 1, which ensured he was not safe from a spill.

Changing prime minister through internal leadership spills rather than elections has become commonplace in Australia. No prime minister since John Howard in 2007 has served a full term.

When Turnbull matched Abbott’s 30 consecutive losses in the polls, rumours began to swell around whether he would face a challenge. Interior Minister Peter Dutton was rumoured to be seeking support for a challenge and appeared to have the support of Abbott.

Turnbull faced the rumours by calling a leadership spill and Dutton put himself forward to challenge. Turnbull survived the vote 48-35.

Dutton resigned his ministry but refused to rule out another challenge. Indeed, two days later he called on Turnbull to call another spill. Turnbull refused and called out Dutton to prove he had the numbers first.

Turnbull added if he saw the list of signatures that made up a majority of his MPs he would see it as a vote of no confidence in him and quit as prime minister.

With Turnbull announcing he would go if the majority of the party were against him, other contenders started to field for support, including Foreign Minister Julie Bishop and Finance Minister Scot Morrison.

The spill was called and true to his word, Turnbull didn’t contest it. Dutton, Bishop and Morrison put themselves forward. Bishop was eliminated in the first round with Morrison beating Dutton 45-40.

As Morrison, or ScoMo as he’s often referred to, took office, Turnbull resigned from Parliament triggering a by-election. With Turnbull’s son advocating for local supporters of his father to vote against the Liberal party, Labor saw their opportunity to take a safe seat.

Kerryn Phelps, the first woman to hold the post of President of the Australian Medical Association, ran as an independent.

Former Liberal Leader & MP for Wentworth John Hewson argued the seat was ripe for a protest vote and urged people to vote against the Liberal Party.

Prior to the vote, a letter was circulated stating Phelps was withdrawing due to a HIV diagnosis and urged support for the Liberals, an act the Liberals distanced themselves from.

Despite Labor’s early optimism the race seemed to be between the Liberals and Phelps. Indeed, as the votes were counted Labor came a distant third, with 11.5% on first preference votes.

In the end Phelps took the seat with 51.2% of the vote to the Liberals’ 48.8%. The Liberals suffered a 19% swing against them and had lost their majority. Morrison has said he will be calling a Federal election in early 2019.

New Zealand Prime Minister Jacinda Ardern announced in January that she and her partner Clarke Gayford were expecting their first child.

Arden becomes the second world leader to give birth whilst in office, after Pakistani Prime Minister Benazir Bhutto in 1990. After a few weeks of maternity leave, the PM returned to work leaving Gayford as the stay-at-home parent.

Neve travelled with Ardern to the United Nations where the PM made a speech in direct contrast to President Trump’s calls for national isolation and patriotism. Ardern argued the younger generation is a global one and it was the role of the UN to rediscover its core values of preserving human rights and dignity for everyone.

She concluded by committing to work towards women’s equality not only in New Zealand but around the world. She finished with the words, “Me Too must become We Too. We are all in this together.”