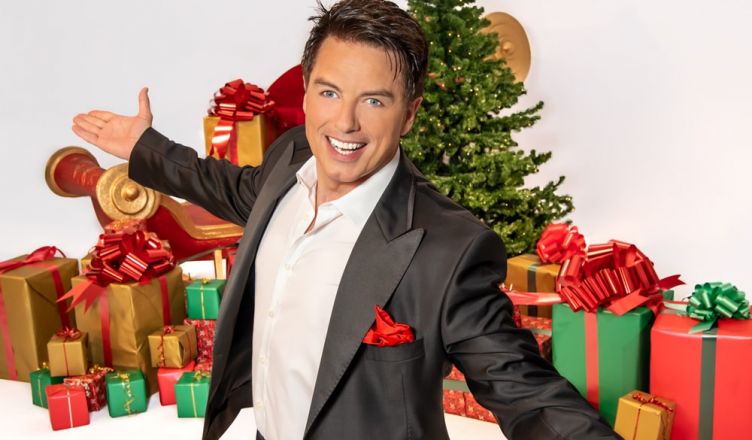 Tyler
Tyler is a writer and photographer from Manchester. He loves good food and city breaks. He is a connoisseur of burgers and a scholar of wild parties. Often found with a cocktail in hand.

It’s the most fabulous time of the year – and entertainer extraordinaire John Barrowman will be celebrating the festive season with fans as he returns to the UK with a dazzling new Christmas tour.

The eight-date John Barrowman – A Fabulous Christmas tour in November and December follows the success of his sell-out summer shows, celebrating his 30 years on stage and screen, and will coincide with the release of his new album of the same name.

Barrowman is a singer, actor, dancer, presenter, judge and author. Last year, UK audiences delighted in supporting him as he made the final three in ITV’s I’m A Celebrity Get Me Out of Here 2018. And he’s recently been announced as the new judge for ITV’s Dancing On Ice, having competed on the show’s first series in 2006.

Speaking about the tour and new album, John said: “I am so looking forward to starting everyone’s Christmas off with a festive bang.

“It’s been great to get back into the studio recording new Christmas tracks. I love this time of the year, but this is the first time I’ve put together a full album of Christmas and festive music for the most FABULOUS time of the year.

RELATED ARTICLE  Doctor Who - The Girl Who Died - Review

What is Christmas all about to you?

“It’s about family, friends, celebrating the birth of a child, and basically coming together and enjoying people’s company. Everybody talks about presents, but my favourite time is Christmas morning after all the presents have been opened, having brunch, relaxing, playing games, all that stuff.

“Of course, I have to fit music into Christmas, and that starts on Christmas Eve. We have all the Christmas songs on, line up bottles of Champagne – from the most expensive to the cheapest… And by the time we get to the cheap ones, they all taste exactly the same anyway.”

Home is obviously Palm Springs, but you’re still very much attached to your Scottish roots. Where do you spend Christmas?

“Prior to last year, Christmas has always been spent at my cousin’s in Dunblaine, as when I’ve been working in panto, you only really get Christmas day off, so not much chance to travel too far. So last year was the first time in many years where I’ve actually been at home with family, in the States, for Christmas, and that’s where we’ll be this year too.”

Do we assume your house looks fabulous at Christmas?

“Absolutely. My house gets decorated to the hilt; pilots could mistake our house for a runway! That said, by the time I’ve actually finished the tour and other work I’ve got on, there’s only going to be about five days to do all the decorating and shopping.

“We have two trees. One is decorated in a Scottish-American-Welsh-British traditional style, recognising all the places I’ve lived in. The other is more glitzy and sparkly, with a dash of Star Wars – we have a Star Wars tree topper.

RELATED ARTICLE  Doctor Who: In With the New (Part 2)

“All the trees outside have huge baubles on and we really go all out.”

Who will you spend Christmas with and what’s the plan?

“Mum and dad are just down the road, so they’ll be with us, and my aunt and uncle and Scott and mine’s best friends – just the eight of us.

“Everyone shares the jobs, although one day I’ve got a chef booked so no one will have to cook at all. But we’re a diverse family, so we really try to include lots of different elements.

“Mum will make shortbread, obviously – being Scottish, my aunt is from Belgium and she does the hors d’ouvres. Then it’s a traditional turkey dinner with everybody pitching in to help.

“One rule though, whoever cooks does not clean up – so I make sure I get really stuck into the cooking, and make a mess…”

Are you a gift giver, or receiver?

“I like to give more than receive, for sure. But I do absolutely love to receive gifts which are made personally, crafty gifts. There’s so much more heart to those things.”

What’s the best present you’ve ever had?

“I remember one year as a kid, all I wanted was a silver flute. I’d come down, opened all my presents from Santa and I didn’t get it. Mum and dad asked me to get something out of the drawer in the other room where they kept the silverware, and there among it all was this very particular flute.

You couldn’t leave out London…

“Absolutely I couldn’t. It’s somewhere I think of as home, among so many places now, and it’s always a good audience there.

“And at this time of year, it will be a brilliant opportunity to see lots of friends and family in the audience. It’s always exciting to be in the big smoke.”

And lastly, what can fans expect from John Barrowman – A Fabulous Christmas Tour? The summer tour was truly fabulous, and your mum, dad and Scott almost managed to steal the show on those dates… Will we be seeing them again?

“It’s going to be totally Christmassy… I’ve written a letter to Santa to see if ‘Mr and Mrs Claus’ are able to come along. Scott will be there again, on the merchandise stall, and on stage at some point. I hope to integrate mum and dad into it – which will be quite exciting, I hope.

“Like the summer shows, there will be music, stories and photos, but this time sharing all my favourite moments from Christmas through the years.”

Tickets are on sale now from cuffeandtaylor.com

See JOHN BARROWMAN – A FABULOUS CHRISTMAS at the following venues:

Tyler is a writer and photographer from Manchester. He loves good food and city breaks. He is a connoisseur of burgers and a scholar of wild parties. Often found with a cocktail in hand.