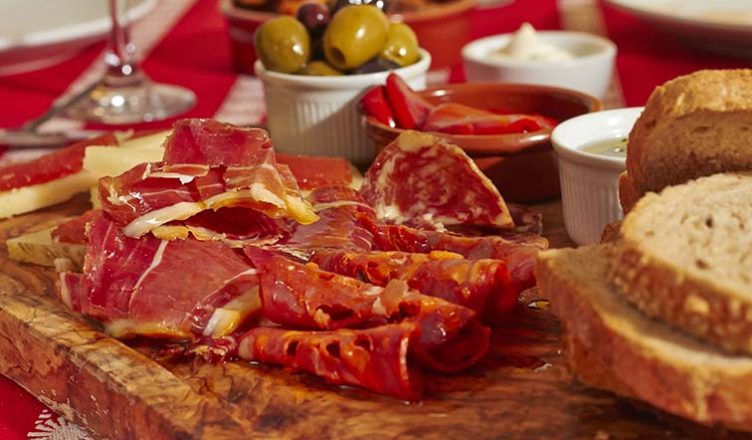 De Nada is an authentic taste of South America tucked away in Chorlton. As you walk up the highstreet, you’d barely notice it was there, until you spy it near the end of the road. From the outside you can see the al fresco seating and, inside, people on sofas by the window drinking coffee. As you approach, you realise this cafe-bar is deceptive. It goes much deeper than it appears, and seats more people than you’d think. There’s a small bar with stools and a kitchen beyond, in which you can see food being brought out fresh to the table. 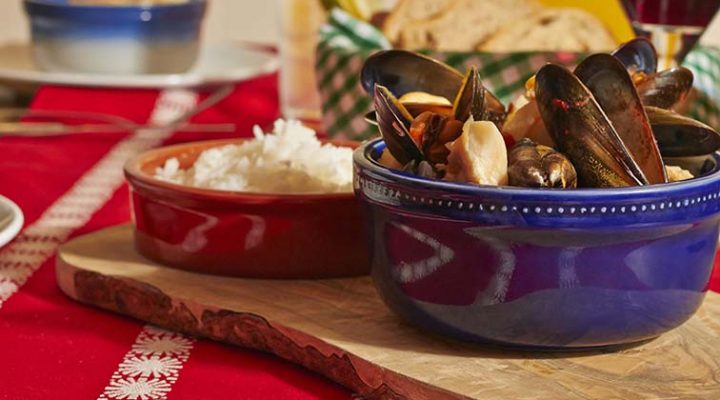 The atmosphere is laidback and friendly, and the clientele is a mix of families and coffee drinkers (earlier on), giving way to foodies and friends sharing cocktails (later on). As we arrived late in the afternoon, we got to see the mood change from afternoon cafe to evening bar, and the delightfully diverse crowd that came through the door. This is a local’s restaurant, sure, but there are customers from further afield too – no doubt lured in by the promise of South American cuisine in the heart of Chorlton.

Run by dynamic duo Sam and Nigel, who travelled South America extensively and brought back the culinary lessons they learned there, neighborhood cafe-bar De Nada is the culimination of two decades in the food and drink industry. This expertise shines through, and the food is great – offering something tasty and well presented, with good quality ingredients and heaps of flavour.

Patrons to the restaurant can either enjoy a great-tasting coffee while using the wi-fi, a well selected glass of wine over dinner, a fabulous cocktail with friends or one of the rotating specialist cask ales for those with a taste for British ale. Cocktails include the gritzer (gin, espresso, orange juice), a champagne margarita, extra special G&T (with added berries and lots of zest), a classic zombie and a short, sharp ponche lima. Sangria is also on offer, as well as classics such as the mojito and caiprinha. 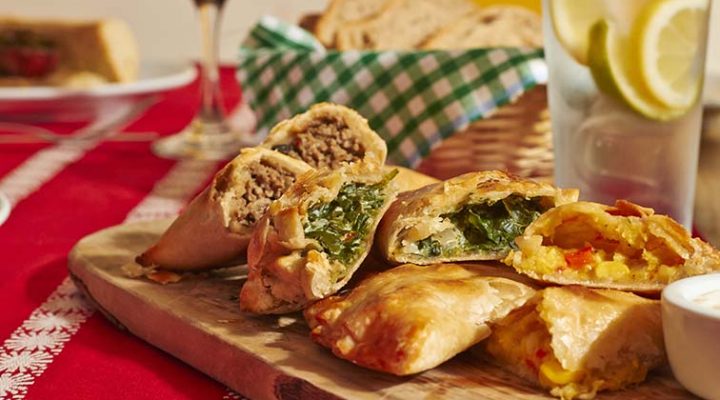 Food-wise, the menu is great for snacks any time of day, but can be combined in interesting ways for an evening dinner that’s great to share with friends. Our waiter, the gorgeous Jamie, recommended we order a stew each, some empanadas and a sharing platter between two. This was more than enough, and it would have been easy to order just a handful of small dishes and feed a few more mouths.

Jamie recommended we try the empanadas – traditional pastries stuffed and fried. There are a range of empanadas available, including squash, goat’s cheese and caramelised onion; spinach and ricotta; sweetcorn with white sauce; shrimp; beef and black olives; pulled pork; roast chicken, pepper and chorizo; serrano ham and cheddar cheese; and lamb and aubergine. The pulled pork, lamb, squash and goat’s cheese, and spinach and ricotta empanadas we tried were delicious.

From the small plates we only tried the gambas pil-pil, which is garlic and chilli king prawns, but the patatas bravas with or without chorizo, sweet potato chips, and tortilla chips certainly demanded attention. They’ll be on the to-do list for our next trip.

We instead opted for a meat sharing platter, loaded up with serrano ham, lomo, salchichon, manchego, quince jelly, roasted peppers, olives, bread and chimichurri. The veg board, which has chargrilled veg, manchego, piquillo peppers, pickled veg, olives, bread and chimichurri looked good too, but the quince jelly ultimately won us over. We weren’t disappointed!

We ate the empanadas, gambas and platter slowly while we decided which mains to get, which was probably for the best, as it allowed us to make room for the rest of the meal. If we were drinking more, this probably would have been enough, but we’d intentionally worked up an appetite through the day.

Though we fancied the choripan (sausage sandwich) and lomito completo (Argentine steak sandwich topped with a fried egg), we didn’t want to let our greed get the better of us. Instead we ordered two stews: the feijoada and mariscos. Feijoada is Brazil’s national dish, and originally hails from Portugal. It’s a tasty stew of pork and beef with black beans – all stewed slowly for three days. Mariscos is a favourite of Argentine fishermen – basically a ‘catch-of-the-day’ stew with rice. De Nada’s mariscos serves up white fish, prawns and mussels in a broth of saffron, paprika and a hint of chilli, served with bread.

After all this, we were full enough that we didn’t require dessert, although there were a few sweet options on the dailies board for those who feel they want more.

If you like South American food, coffee and booze, you can’t go wrong. De Nada was a treat that, at its very reasonable prices, could be had again and again.