SOPHIE released a compilation of her abrasive and kitsch PC music tracks in 2015 called, typically enough and in keeping with the genre’s ironically nineties referencing tropes, Product. It wasn’t really an album and wasn’t marketed as such but it was an accurate representation of where the PC scene was at the time; in its ungainly and divisive, occasionally brilliant but often derided beginnings. Oil Of Every Pearl’s Un-Insides is different. SOPHIE has spoken about how the increasingly unfashionable idea of a traditional album release still appeals to mass media and opens doors to publicity and the hoped, subsequent increase in listeners. A widespread acknowledgment of SOPHIE’s work and artistry is already deserved. She has established herself as a somewhat reluctant visionary and this record bolsters her position considerably.

Along with A.G. Cook, Scottish SOPHIE has been the prominent creator and star of PC music, a genre that takes elements of pop, techno, happy hardcore, RnB and J-pop and melds them together into a sound that is queer, in every possible sense of the word, and confusing to many with some critics questioning the seriousness of the music and whether, actually, it’s just one big piss take. The fact Cook and SOPHIE are both British may account for their use of female vocalists whose singing abilities would not get them through the door of any reality TV competition and which hark back to the 80s run of UK pop stars that had never been near a stage school. The vocalists on Oil Of Every Pearl’s Un-Insides though, again all female and including SOPHIE herself who self-identifies as transgender, are far more impassioned and soulful this time around.

Cecile Believe, previously of Mozart’s Sister and now a frequent part of SOPHIE’s live act line-up, provides beautiful, technically brilliant and appropriately glacial vocals to the surging but beat-less ‘Is It Cold In The Water?’ The way it which Believe stretches out the two syllables in the word water is chilling and human and it is noteworthy that there are no obvious tweaks or effects added to her vocal take. Compare to this to the more typical production of hardcore album bangers ‘Ponyboy’ and the deranged and fantastic ‘Face Shopping’ and you can hear the diversity and expansion of SOPHIE’s sound. Album opener ‘It’s Okay to Cry’ features SOPHIE’s own voice and is the first time she has lead on one of her own songs. It’s sincere and moving and come the song’s tranced-out final minute, a euphoric anthem warning against toxic and learned masculinity.

SOPHIE worked with her ultimate pop icon Madonna on the 2015 single Bitch I’m Madonna and her homage and tribute to the immaculate one, ‘Immaterial’, is Oil’s one genuinely gigantic, pure pop moment. It’s hard not to crave more of these such is SOPHIE’s talent at writing and constructing such irresistible and perfectly formed juggernauts of manic magic, but Oil Of Every Pearl’s Un-Insides lofty aims are too ambitious for that. Immaterial fades whilst a gentle drone tone rises from it and leads into the staccato techno blades of 10 minute album closer and double hitter Whole ‘New World/Pretend World’. An army of robot Minnie Mouse vocal chants lead the way forward against whirs, clicks and squelches that are alarmingly alive and visceral.

Slowly but surely SOPHIE is infiltrating the mainstream via endorsements and collaborations from very big established stars to those just on the periphery such as Charli XCX and Let’s Eat Grandma, artists who also have an idea about what modern electronic music can sound like even though its audience is still not fully formed. Oil Of Every Pearl’s Un-Insides doesn’t sound like any other record I’ve listened to this year, this in itself is a rare achievement and one that can, and does here, signify a game-changer of importance. SOPHIE has grown considerably over the last 2 years and the confidence exhibited here is revelatory and wonderful to experience. If you want to hear futuristic pop music that subverts and delights in equal measure then you won’t find a better example; this is how pop music should sound in 2018. 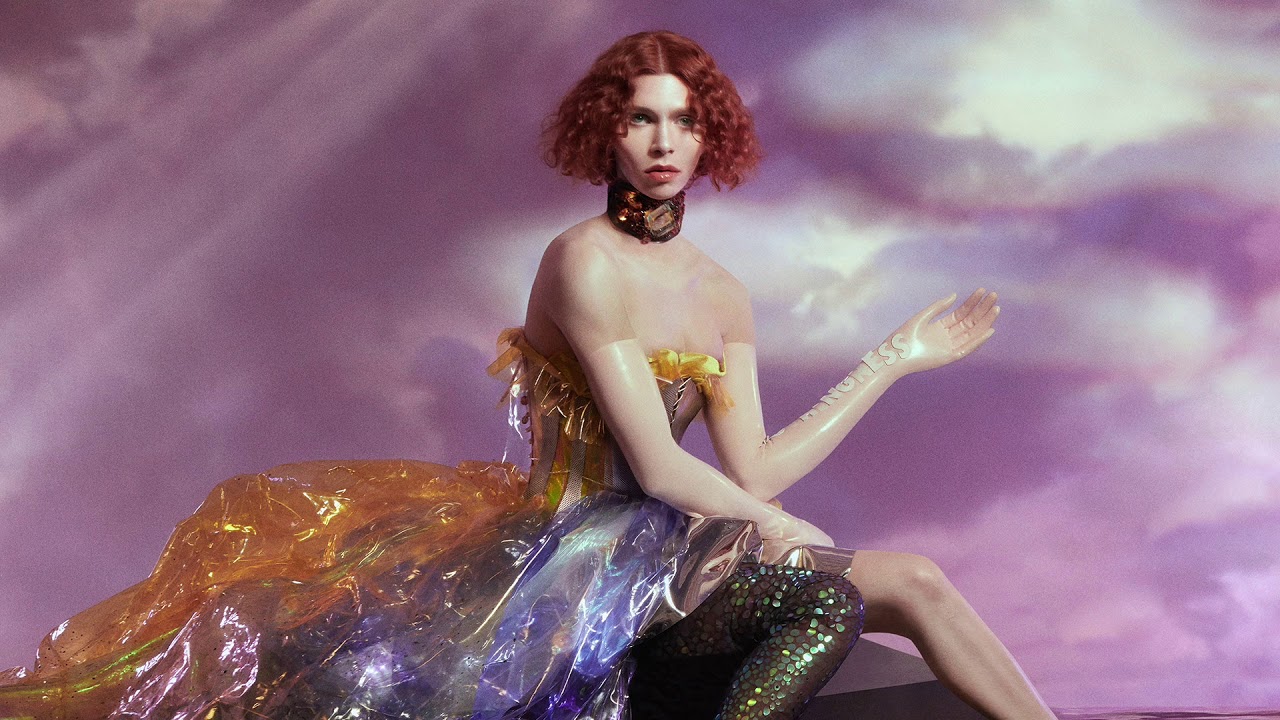