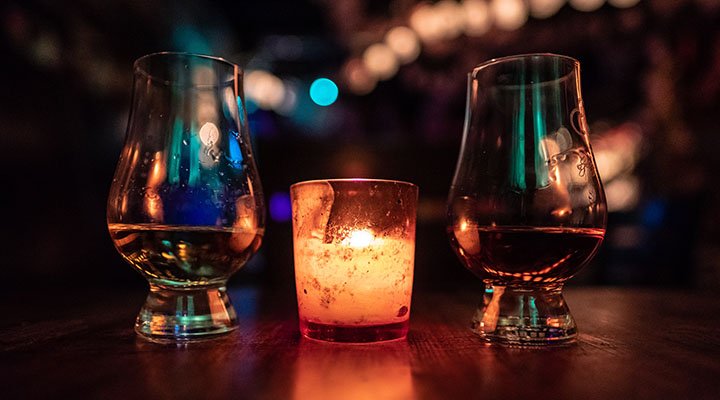 100% of the proceeds from the limited edition run of 312 individually numbered bottles will be donated to the rugby charity, Hearts and Balls.

The double matured, 52.8% AbV 2004 single malt whisky is finished in Chardonnay casks, giving it both wine and whisky flavours.

The whisky has a warm gold colour and attractive notes of sweet vanilla, charred oak and tropical fruit. It tastes of caramelised fruit infused with toasted spice. The finish of sweetness and spice fade away leaving a memory of toasted oak.

Glen Moray Master Distiller Graham Coull says, ‘As you would expect from two talented and dedicated rugby players, John and Damien threw themselves wholeheartedly into the cask selection process. It was never going to be easy for a flanker and a winger to agree on anything but we persevered, and after several attempts, we agreed on a wonderful 2004 Glen Moray finished in a Chardonnay wine cask.’

Scottish charity the Hearts & Balls Charitable Trust supports rugby players and their families in the aftermath of field injuries. Glen Moray has chosen Hearts & Balls for its life-changing work, which helps to ensure players retain a love for the game.

‘Rugby and whisky have had a long and fruitful association and as such we are very excited about this new Edinburgh Rugby whisky from Glen Moray,’ says Edinburgh Rugby’s Head of Commercial, Ben Slater. ‘It is fantastic to see Glen Moray working to support Hearts & Balls, one of our official charity partners and we are fully behind this new venture. I am sure our fans will support this very worthy cause.”

Glen Moray announced in January 2018 that it is the official whisky partner of Edinburgh Whisky. The distillery has been producing fine malt whisky, distilled in traditional copper stills, on the banks of the River Lossie since 1897. Graham Coull is only the fifth Distillery Manager in over 120 years.