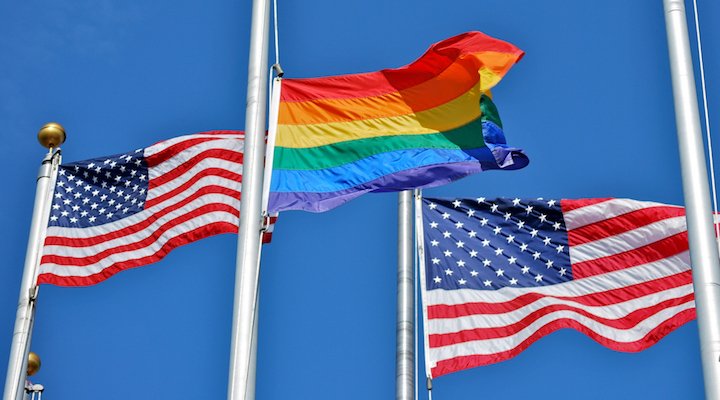 The United States of America is truly varied when it comes to LGBT openness, with certain states and larger cities being much more open to the community (Miami, Florida Keys & Key West, and West Hollywood in LA spring to mind). Here at Vada Magazine we’ve been exploring alternative US destination, which may be smaller or less known but nonetheless welcoming to the LGBT community.

This includes Fort Worth, the neighbouring city of Dallas, Texas, Pittsburgh in Pensylvania, Indianapolis, Salt Lake City and Atlanta. For travellers looking to broaden their US-horizons or simply find somewhere a little different to add to an itinerary, read on for inspiration.

Fort Worth may only be known outside the US for the airport hub it shares with neighbouring city Dallas. Nonetheless the cow-town of Fort Worth has nearly 800,000 inhabitants and some exceptionally impressive cultural attractions. For art-minded people, there are renowned institutions such as the Kimbell Art Museum, Amon Carter Museum, Modern Art Museum of Fort Worth (featuring works by Rothko, Warhol, and Hockney), and Bass Performance Hall.

The city also has a number of first-rate barbecue and grill restaurants in the honky-tonk Stockyards district. A handful of down-home friendly gay bars can be found on lively Magnolia Avenue (“Magnolia Strip”) in the eclectic Near Southside, as well as Urban Cowboy Saloon and Club changes in the West Meadowbrook area. Additionally, the beautifully designed National Cowgirl Museum & Hall of Fame has something of a lesbian following.

Fort Worth also hosts its annual Tarrant Country Gay Pride week in October, with 2017 being the 36th anniversary.

And of course, if glitz and glamour is calling, neighbour Dallas has a larger variety of LGBT-friendly bars and clubs.

With a hilly, scenic setting at the confluence of three major rivers, Pittsburg has gradually shed its image as a gruff blue-collar town (and perhaps the image of the gay steel mill, featured in one episode of The Simpsons). Hi tech has moved in, as has a raft of LGBT-related art and culture such as the fabulous Andy Warhol Museum, the provocative and provoking collections in the Mattress Factory modern art museum.

TV fans will recognise that The U.S. version of the TV show Queer As Folk was set in Pittsburgh (although filmed in Toronto). Nevertheless there is no coherent gay-district, with LGBT friendly bars dotted throughout the city in pockets including Downtown, Strip District and Lawrenceville. Bars that should be included in your itinerary are P-Town for the variety of clientele, the Blue Moon for drinks and entertainment, and Cruze Bar for raucous nights out. A block or so away is CAVO Restaurant, which doubles as a Lounge Nightclub, one of the best dance clubs in town.

Gay-friendly eateries include Point Brugge Cafe in Point Brezze, known for its Belgian-inspired comfort food as well as its craft and Belgian beers; Enrico Biscotti, in Strip District, for a top-rated brick-oven pizza; and Winghart’s, a highly rated burger joint doubling as a whiskey and cocktail bar.

Whilst in Pittsburgh, visitors can drop into the Gay and Lesbian Community Centre for local community resources. And June is an ideal time visit as there is Pride week, organised by the Delta Foundation of Pittsburgh, being one of the largest LGBT events in western Pennsylvania. 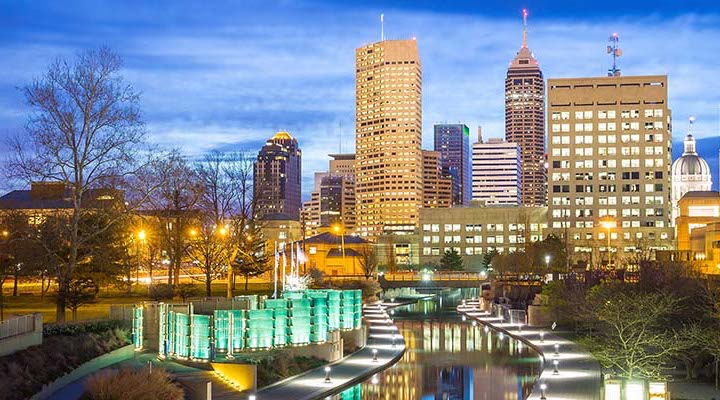 America’s 14th-largest city, Indianapolis has experienced ups and downs over the past half-century; however has an increasingly visible gay and lesbian community. Preconceived and closed-minded notions on LGBT people are melting away. Visitors can therefore find a veritable variety of bars open to the LGBT community and their straight friends and allies.

Bars to visit include Tini boasting some of the most handsome bartenders, Metro for those into karaoke, Zonie’s Closet for drag, and English Ivy’s for its late night pizzas. Many more open bars and eateries can be found on Massachusetts Avenue, part of the Indianapolis culture trail.

Of course there is a lot more than just dancing and drinking to do in Indianapolis, with theatres, sports venues, and a delightful canal, to stroll along to White River. The Eiteljorg museum has a collection that focusses on American West and Native American culture, and in 2014 hosted the first ever exhibit on gay rodeos.

Think Salt Lake City and the first connotation that springs to mind is likely the Sundance festive (actually held in nearby Park City), an event itself attracting a lot of LGBT visitors. Nestled in the shadows of the spectacular Wasatch Mountains, this Utah city also offers some of the world’s best skiing. Not to mention Katy Perry’s music video for Rise was filmed in Utah State Park locations.

Traditionally Salt Lake City has a conservative reputation owing to its Mormon heritage and Utah’s decidedly red-state status. However do not be deterred, Salt Lake City is an eclectic city with plenty of outdoorsy, environmentally minded, socially liberal residents, and the handful of gay nightclubs will be a pleasant surprise to first-time visitors such as Club Try-Angles, JAM, and Area 51 for fetish themed nights.

There are several gay-friendly B&Bs in town including Under the Lindens, and DeSoto Tudor, as well as the gay-popular Kimpton Hotel Monaco. For those looking for great cocktails, visit Whiskey Street at 323 S. Main Street, or Under Current at 300 East.

Atlanta is the epicentre of the LGBT community in the southern US states. Home to a vibrant gay community, Atlanta boasts numerous must-visit establishments and can’t-miss events and has a rich culture filled with festivals, arts and fine dining, shopping and nightlife.

These LGBT events are regular occurrences throughout the calendar, for example a Human Rights Campaign Dinner planned late Aril 2018, The Health Initiative’s Garden Party in mid-May, LGBT softball tournaments and much more. Show-goers will find something to watch amongst the numerous theatres, and the city has it’s own Gay Men’s Chorus (AGMC) and Atlanta Women’s Chorus.

Numerous tourist attractions such as the Botanical Garden, Center for Civil and Human Rights, City Winery, World of Coca-Cola, will keep any visitor occupied. To keep you energy up, for all the other things to see and do in Atlanta, there are delicious eateries, many of which are gay-owned and LGBT-friendly, such as 10th & Piedmont, Bread and Butterfly, and Joe’s on Juniper. Gay bar choice is also great, with Mary’s in East Atlanta having been voted ‘Best Gay Bar’ by Out Magazine and offers some of the city’s best karaoke. And we’ve not even mentioned LGBT-friendly clubs yet. To read about lots more fabulous things to see and do visit Atlanta CVB (skip ahead to p. 81 to read about clubs).

Atlanta also has one of the longest running Pride events in the US, tracing its roots back to the summer of 1970, one year after the historic Stonewall Riots in New York. Since that time Atlanta Pride has grown both as an event and organisation.