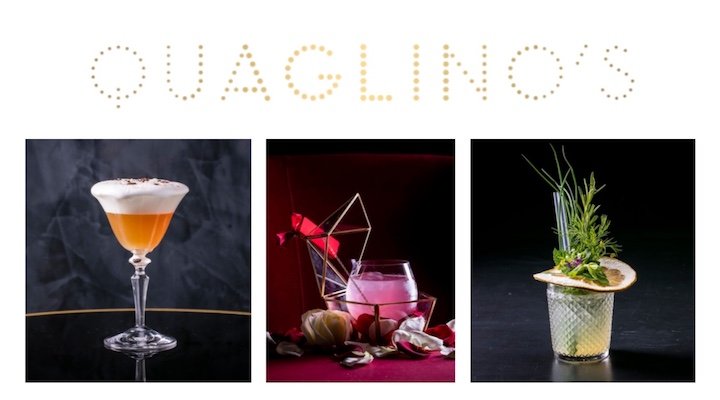 Princes Margaret had a table permanently reserved there. The Queen and Prince Philip first came for dinner in 1956, and Prince Harry was one of the first through the doors for the 2014 relaunch. This is of course London’s prestigious venue, Quaglino’s. With such royal connections, Quaglino’s has launched its Royal Wedding Menu to celebrate Prince Harry and Meghan Markle later this month. If it’s good enough for the The Queen, it’s good enough for our queens at Vada Magazine, so we decided to check it out.

The Royal Wedding Menu is a set four courses, each with a regal connection. The menu kicks off with a Kir Royale cocktail, included in the price – the name of this cocktail is the self-evident connection to the royal theme.

First course is a Roast chicken & pistachio ballotine, served with a pickle relish. Topping with the mini Cos lettuce did give a somewhat rustic rather than regal feel; however the chicken was perfectly tender and there was a great balance of textures. This first course is loosely inspired by the night Prince Harry proposed to Meghan, over a homemade roast chicken.

Quail eggs Drumkilbo, lobster & langoustine, and a clear ketchup jelly is the second course. To translate this into proletarian: a fancy prawn-cocktail. The clear ketchup jelly underneath the cocktail, we can only assumed was created using wizardry in the kitchen. Topped with quail eggs, one of our favourites, and said to be that of the Queen too, what a coincidence.

Third course is a Hickory smoked grilled beef fillet, pommes Anna (potatoes finely sliced deep fried in a lot of butter) & morel mushrooms. Like Avenue restaurant (also owned by the D&D group), the beef was cooked so perfectly that the meat cut like butter. This dish apparently takes its lead from the USA where the Meghan was born and raised.

Dessert is named after Princess Charlotte, and is an in-season rhubarb & fromage blanc Charlotte, paired with a blood orange sorbet and a touch of edible gold-leaf. The charlotte was sieved to smooth perfection and served elegantly. 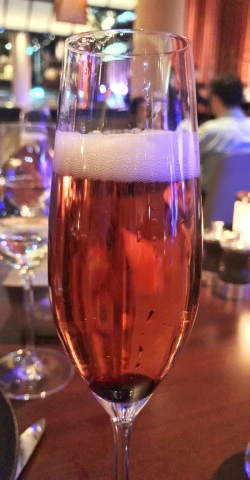 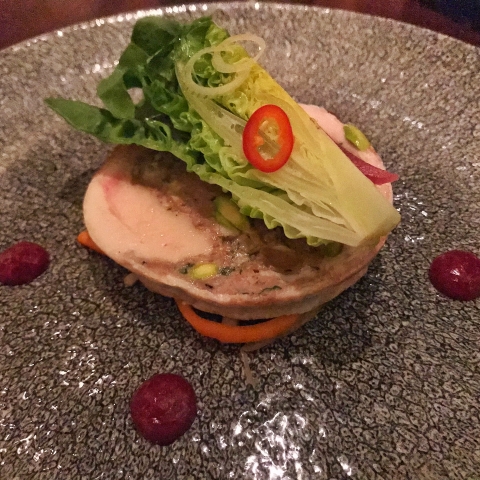 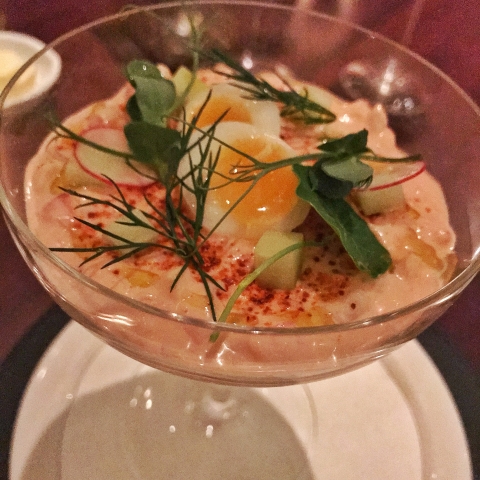 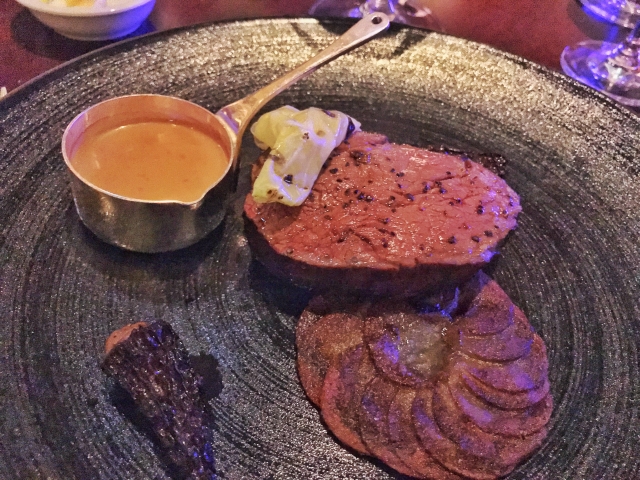 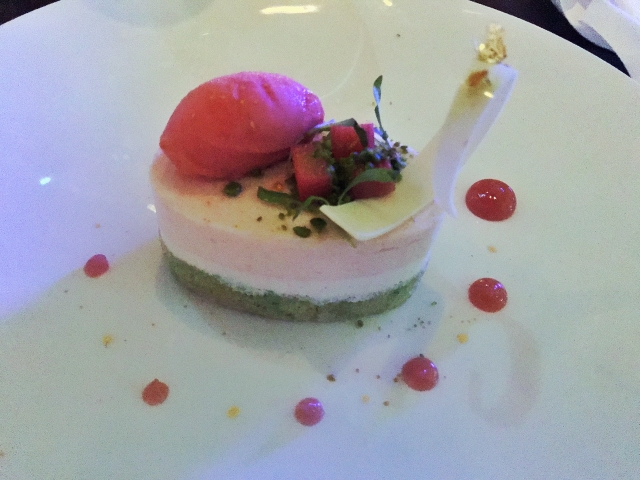 Alongside the Royal Wedding menu, Quaglino’s bar (on the mezzanine above the restaurant) has curated a selection of five luxury cocktails.

The Queens Garden (£16) – which we tried, is perhaps the most elaborate of presentations we’ve seen this year in a cocktail. Influenced by the Queen’s garden parties, The Queens Garden is made from Belvedere vodka infused with fennel seeds, Italicus, Maraschino liqueur, lemon and pineapple juice and a dash of absinthe, topped with Moet Champagne. For aniseed lovers this theatrical choice will give all surrounding tables drink-envy.

Other cocktails on the menu include: 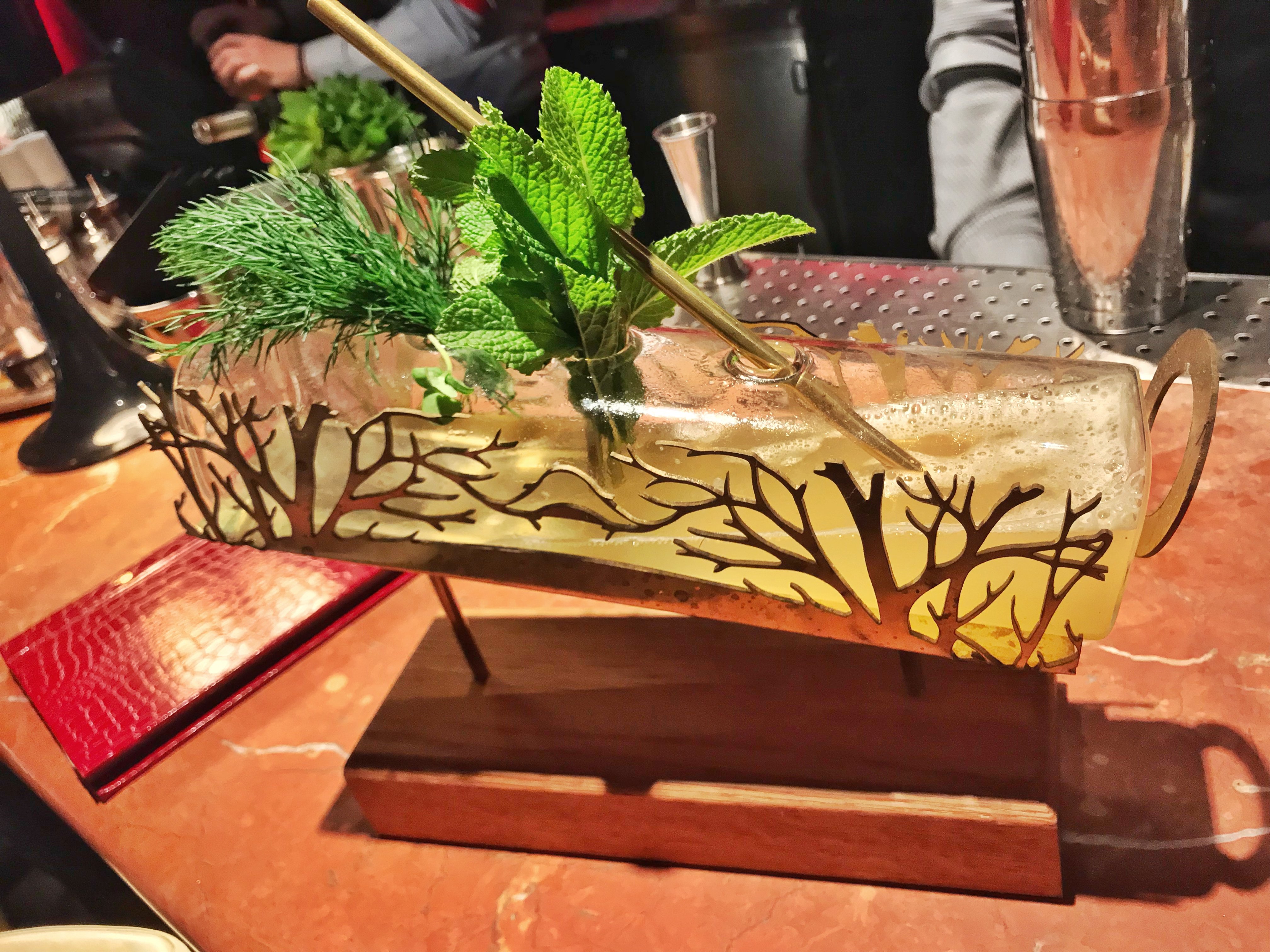 Without knowing the history behind each dish, it is hard to imagine the royal connection; however we could barely fault the taste or presentation of the four courses. Dinner was accompanied by a live jazz performance (every night except Mondays), which set a fun and relaxed tone rather than a stuffy, formal service.

The service from staff was mixed, we may have been allocated several waiters as there were a couple of minor stumbles (still not sparkling water, and yes we have already chosen the set menu, so do not need to choose a dish); however we gave the benefit of the doubt on what we assumed to be new members of staff.

For more information and to make a booking, visit quaglinos-restaurant.co.uk.