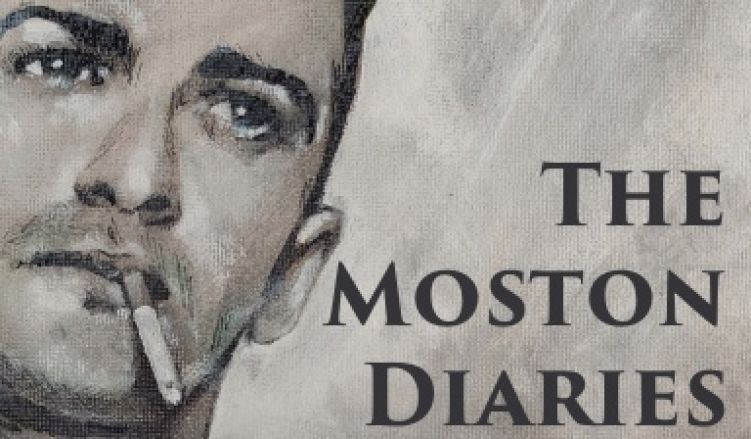 There was a woman who lived a few doors down. She was a one-armed nail technician, single mother-of-two and a weed dealer. Her life looked like a hen party that never ended and in the mid-90s she achieved net-curtain fame when she appeared on the cover of That’s Life magazine, under the title “him, his brother or his dad – just whose bun was in my oven?” I liked her. Read our interview with Caleb Everett in full.

Having had the exquisite and homosexual-ally bohemian pleasure to have read Caleb Everett’s ‘The Moston Diaries’, one can heartily assure one you’re in for a Mancunian/Shecunian treat of Him/Herculean proportions.

Moston will become as Kansas, The Gay Village an alternate Oz, tipsily traveled to on a crumbling red-brick road full of diamanté’d Pearl (and of course Ching).

Bugger the Ortons (who didn’t!), the Williamses (who did!), here we have a culturally zhuzhy redefinition of ‘the diary’ as novella (the weighty tome’s on its way).

It’ll soon be Christmas and for this year’s festering season, what does one get the world-weary boho boyfriend who has everything and had everybody? Why, ‘The Moston Diaries’, of course, so you can read exactly who that boho boyfriend has had (it’ll very probably be me or her).

It’s an uncanny way of somehow mentioning us all without ever spilling the beans. I feature – but then I would – and so does a rip-raucous, historically emboldened Manchester gay scene, which if we’re not careful, mightn’t feature in our lives much longer.

A must read if only for the glimpses of ourselves so lyrically vibrant in its wit dripping pages – Gerry Potter.

The Moston Diaries is out now from all good bookshops or direct from the publisher.

Gerry Potter is a poet, playwright, director, actor, and both creator and destroyer of the infamous gingham diva, Chloe Poems. His published works are included in both the poetry and philosophy collections at Harvard University, and the portrait documentary My Name is Gerry Potter premiered at Homotopia in 2015. An Everyman Youth Theatre alumnus, National Museums Liverpool lists him amongst the city’s leading LGBTQ+ icons.

Interview: Caleb Everett: ‘you know she keeps a diary – and it all goes in’