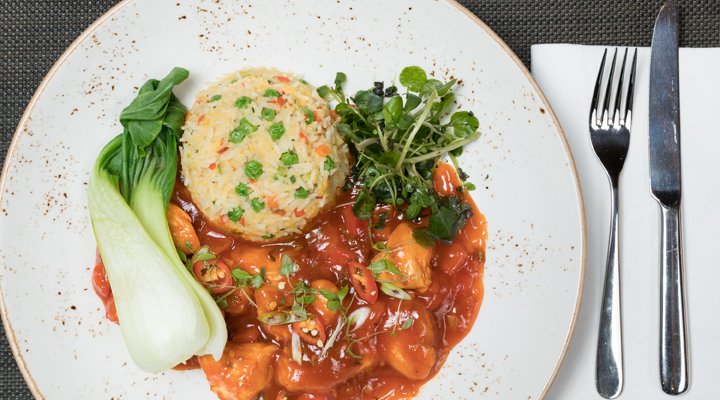 To celebrate the Chinese New Year, Hilton Manchester Deansgate is currently running an exquisite new menu of Chinese-inspired food until Monday 29 January. We headed down to try out this latest seasonal offering, which promises culinary fireworks in the heart of Manchester city centre.

Diners can enjoy a two- or three-course menu priced £24.95 or £29.95, respectively. On the menu are favourites such as salt and pepper squid and duck spring rolls with sesame, soy and honey dipping sauce, followed by delicious mains including bok choy vegetable stir fry and tempura king prawn garlic, chilli and ginger chow mein. You can satisfy your sweet tooth with a lychee fruit salad or banana fritters in syrup, accompanied by a cup of traditional Chinese tea.

First up: deliciously meaty chicken and sweetcorn soup with a hint of fresh coriander. Perfect scooped up with the tasty prawn crackers, which melted to a gooey treat on the tongue. The soup was chocka with chunks of chicken and silky sweetcorn kernels. 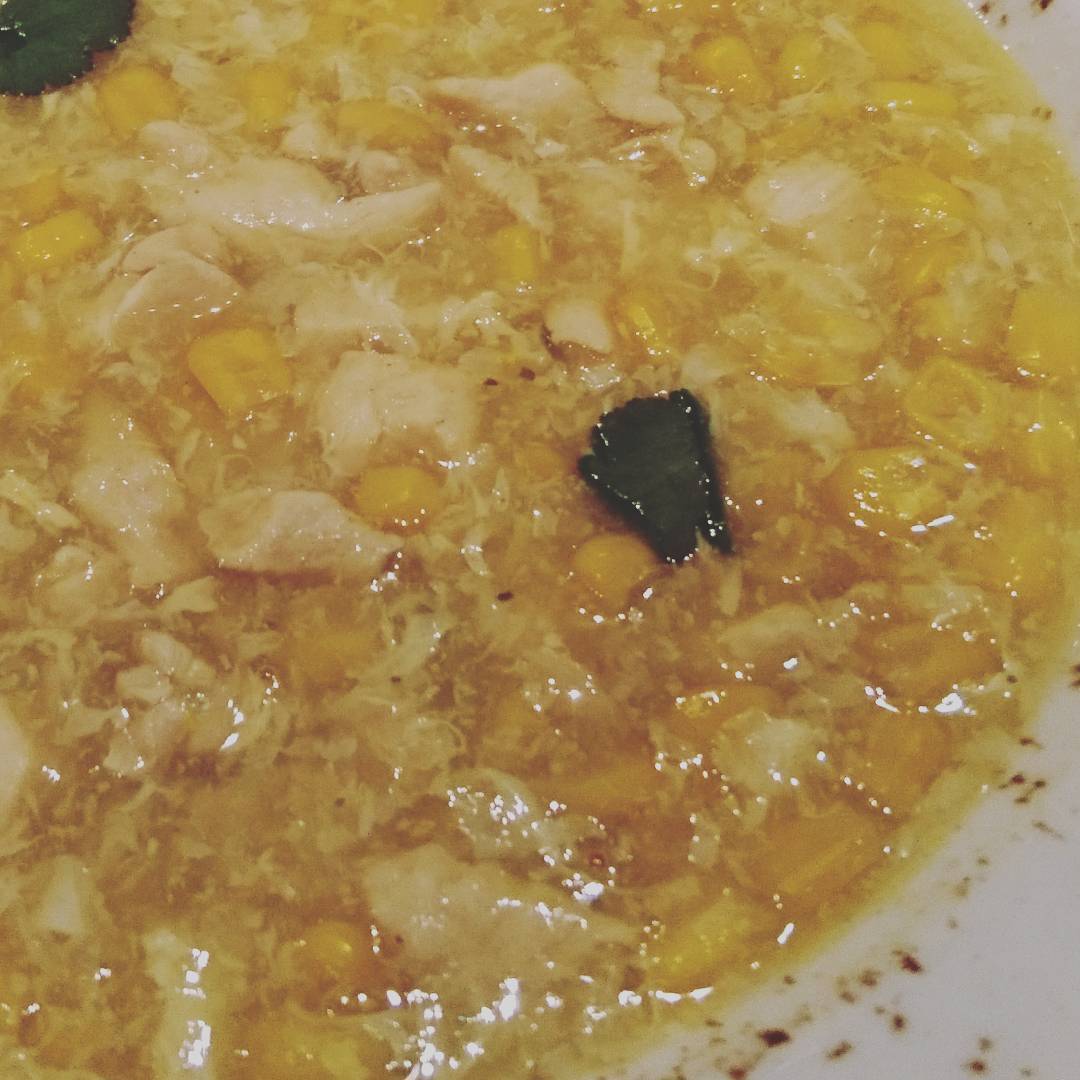 The vegetable spring rolls came with a gorgeously sweet chilli sauce. The salt and pepper squid with a tasty lime and coriander dressing was by far our favourite. 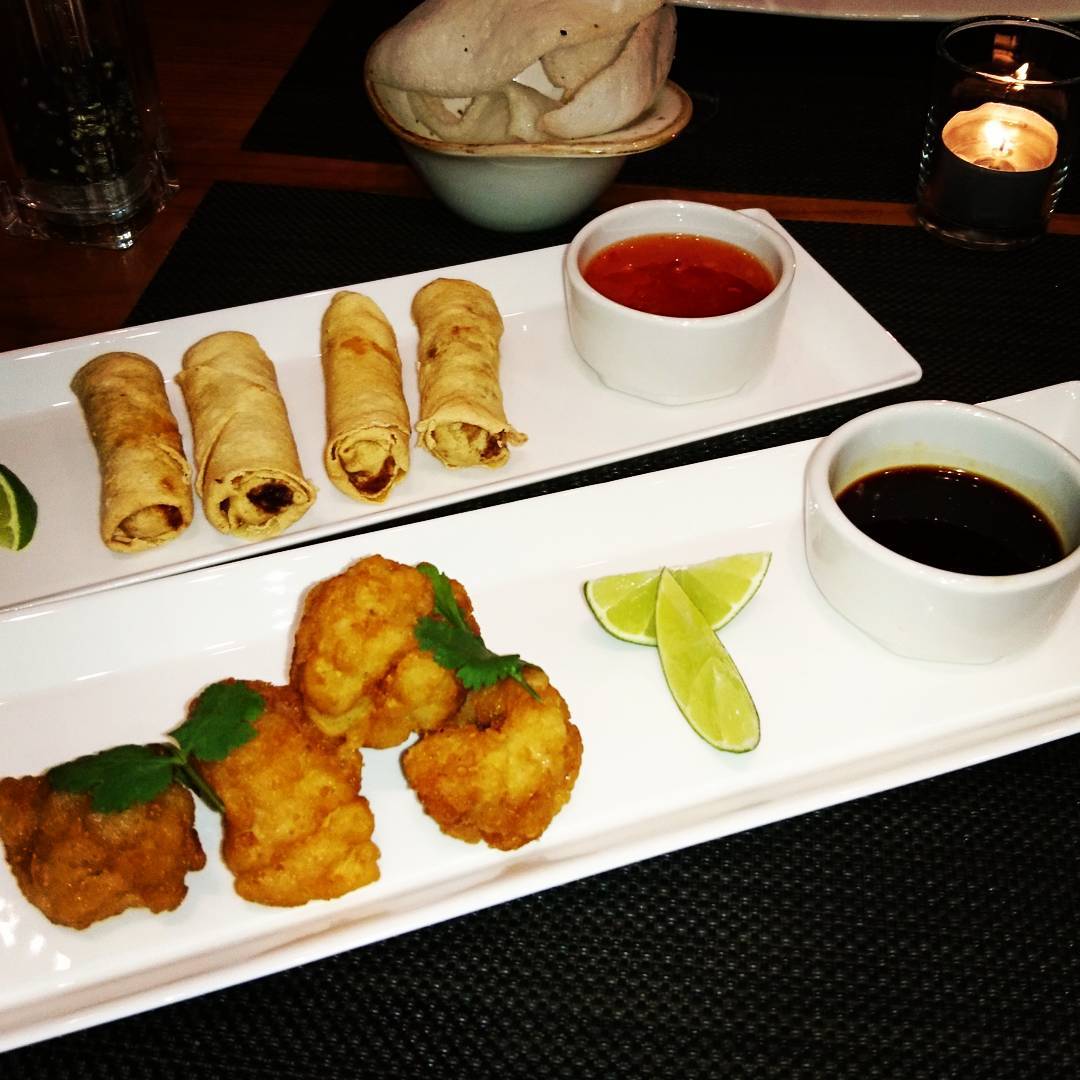 For a meatier option, we had the duck spring rolls with a hint of hoi sin – this time served with a tasty sesame, soy and honey dipping sauce. We were divided on whether these or the veggie ones were better, but they were evidently both good. 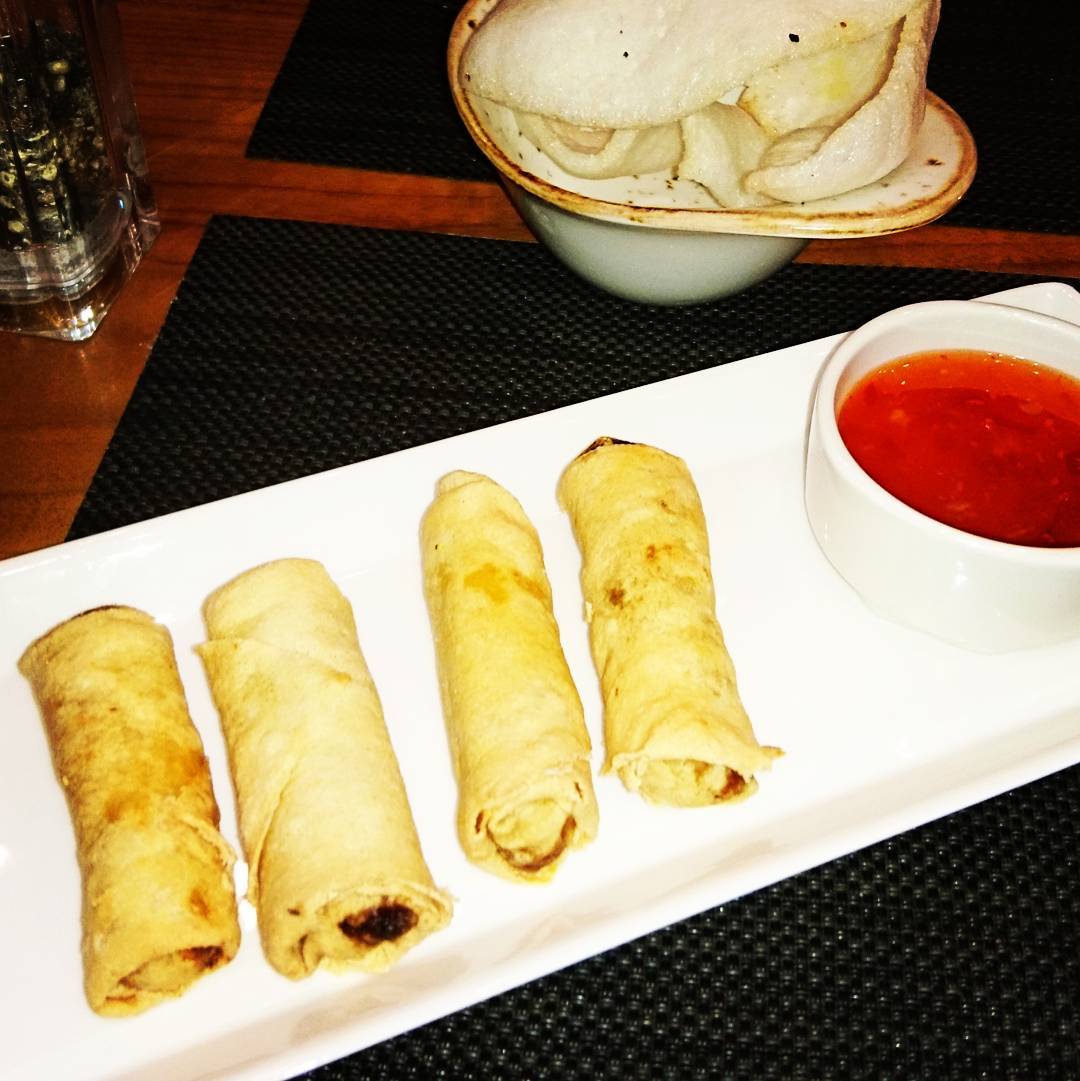 Now for the mains! First to arrive at the table was the sweet and sour chicken. There was an ever-so-subtle hint of smokiness to the sauce, which was a pleasant surprise, and it wasn’t too sweet. The egg fried rice which accompanied the dish was superb! 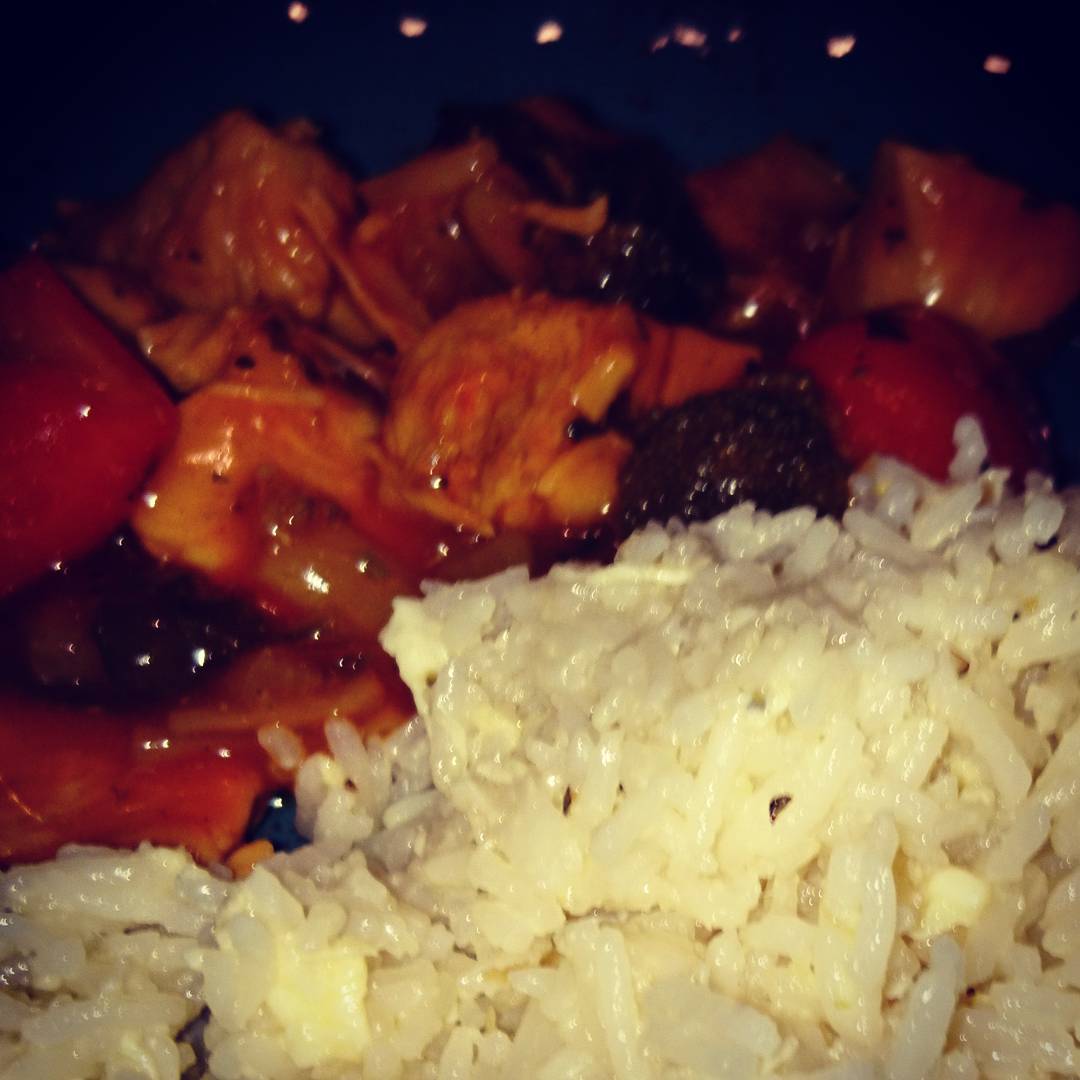 Succulent, tender beef in black bean sauce arrived next, served with fried rice. I also liked this fried rice – perhaps more than the egg fried rice – as it had more flavour and, admittedly, a tad more grease. However, unlike your average takeaway fried rice, this was clearly fresh, and tasted much lighter over all. 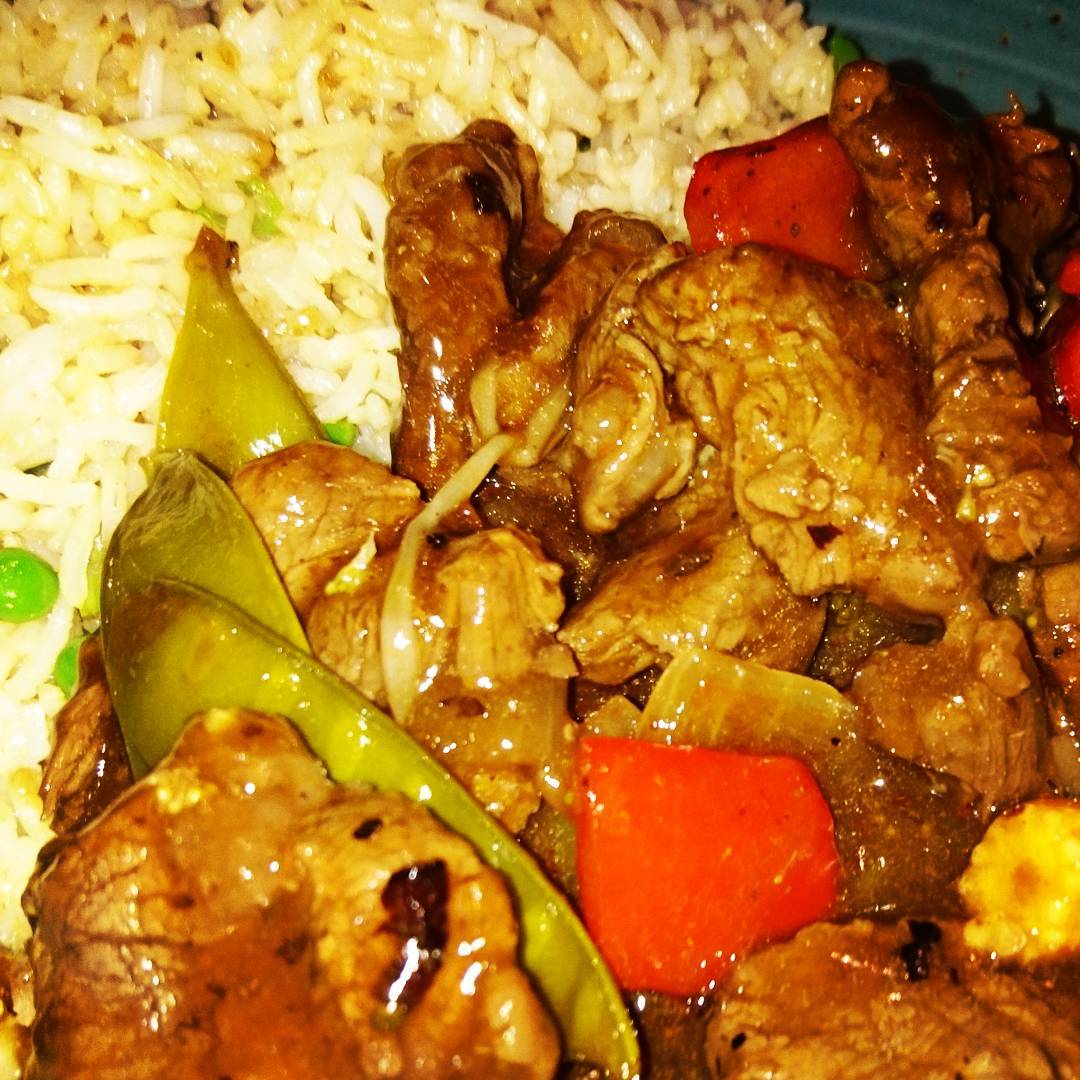 We were wowed by the amazing tempura king prawn with garlic, chilli and ginger chow mein. It was our favourite of the mains by a long shot. Slippery but firm noodles, softly crisp prawns and plenty of flavour packed in. Look at the size of these babies! 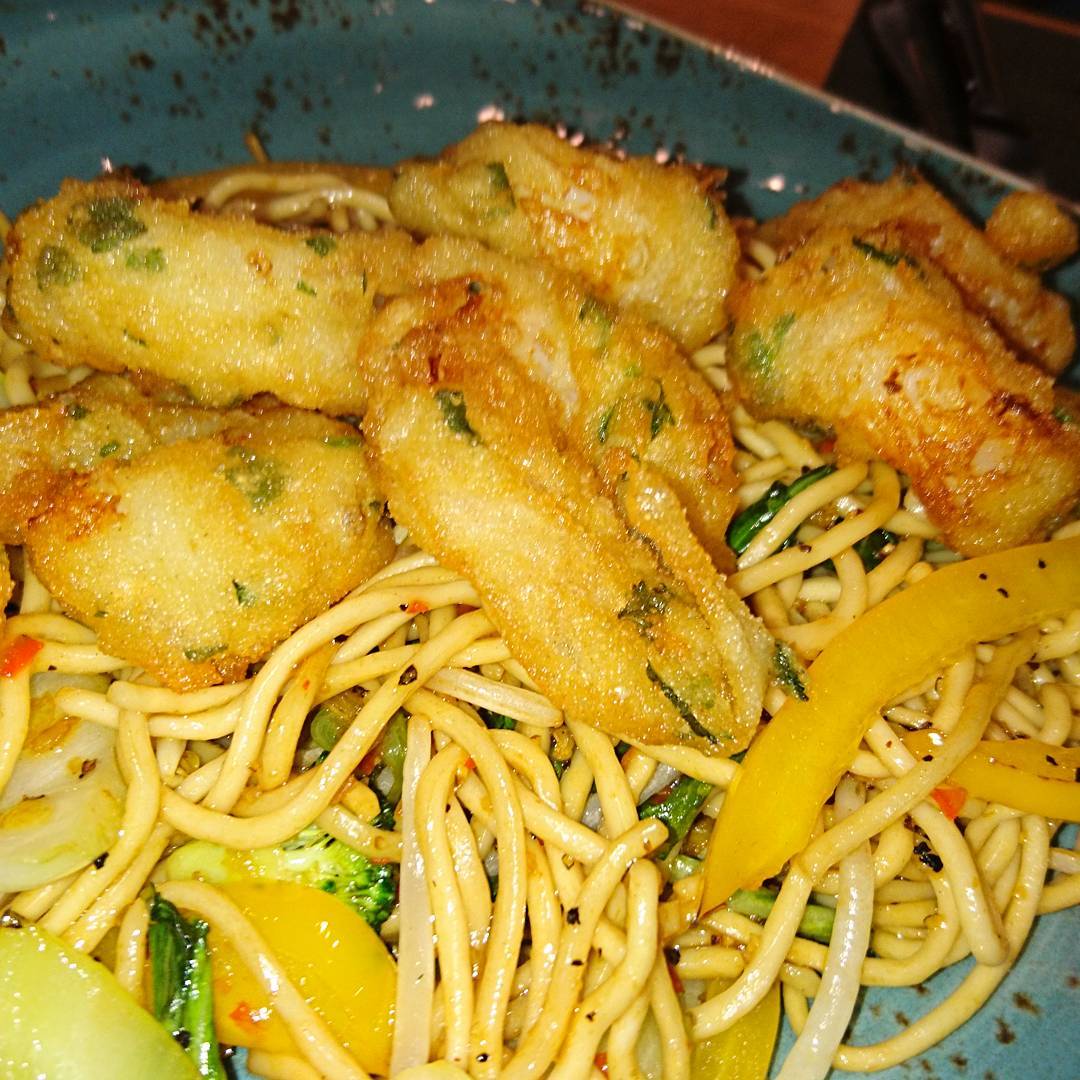 All of the above was served with a light and bright, melt-in-mouth stir fried vegetable medley of bok choi, broccoli and peppers. 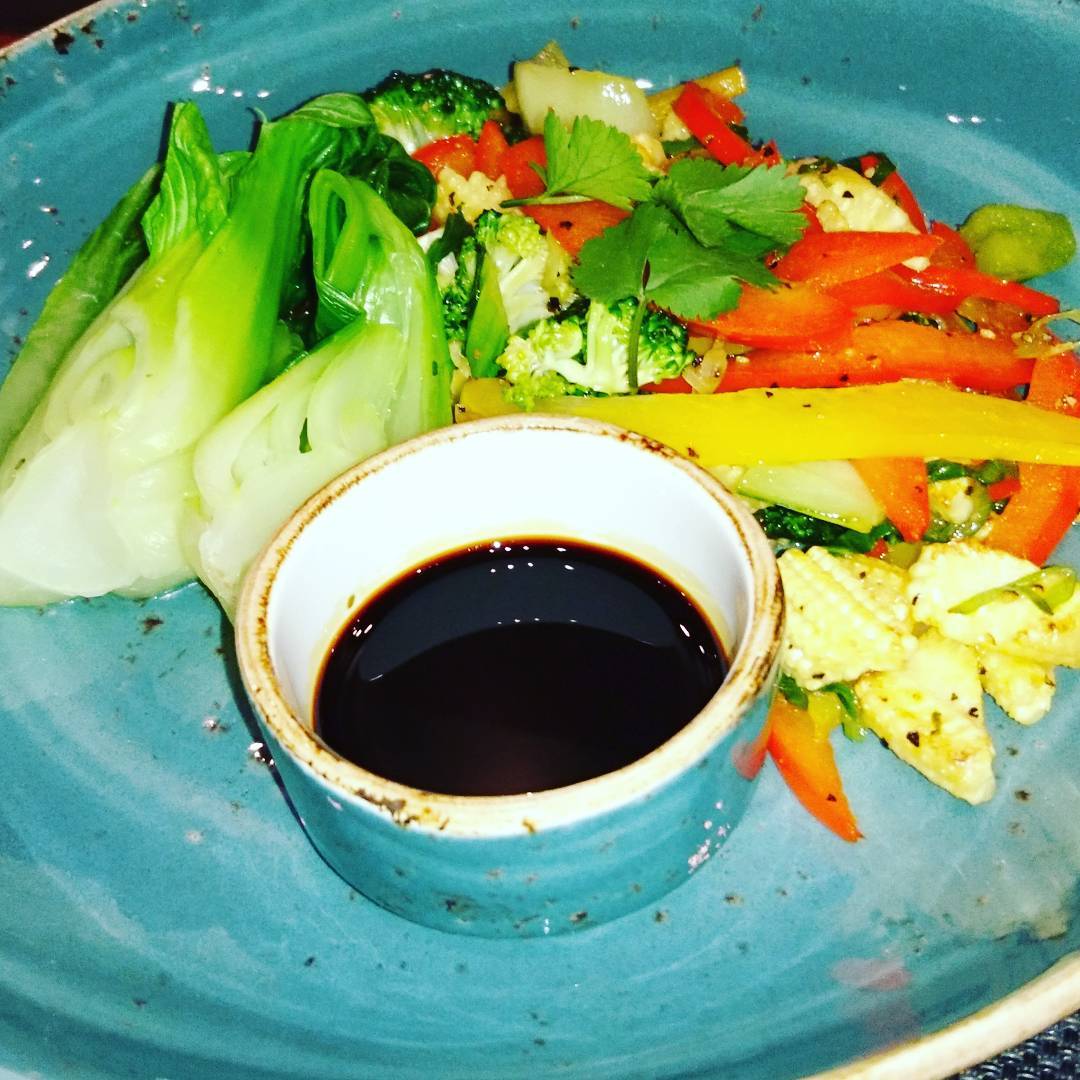 Time for desserts! Already quite full by this point, we feared the oncoming desserts – until we saw them and our spirits lifted. The winners here were the gorgeous pineapple and banana fritters, dusted with sugar like proper doughnuts ought to be, and paired with a sugar syrup. We were again at odds about which was best. My partner preferred the melt-in-the-mouth banana fritters, which were crisp on the outside and soft on the inside, while I preferred the pineapple, which retained its bite and had a seductively sweet tang at the heart.

We also tried the gigantic lychee fruit salad with melon, apple, grapes and orange. This was refreshing and would serve well paired with a glass of the house’s Chardonnay or Sauvignon Blanc.

After our epic odyssey along the Silk Roads of Manchester dining, we were led by our host Alexandra to the express elevator to the Hilton’s sky-high bar, Cloud 23. There we were to try the glorious new Chinese New Year cocktail: Crouching Tiger, Double Dragon.

Placed against the window, with the views of the cityscape below, it might as well be set against the Hong Kong skyline! The colourfully named Crouching Tiger, Double Dragon is a gin-based blend of double dragon flowering tea, lychee, lemon and my new favourite mixer, yuzu juice. The yuzu juice gave it a delightful grapefruit edge. With a fortune cookie on the side to foretell the year ahead, it was a marvellous (and fortuitous) end to a spectacular Chinese New Year dinner in Podium.

All in all, the Chinese New Year Menu is a wonderful way to start the Year of the Rooster. You might not think of heading to Podium for Chinese food, but you’ll be nicely surprised if you give it a go.

You can also take part in the festive cheer by trying the ancient art of calligraphy and improve linguistic skills with Mandarin lessons – available on request for group bookings or as add-ons with pre-booked meetings.