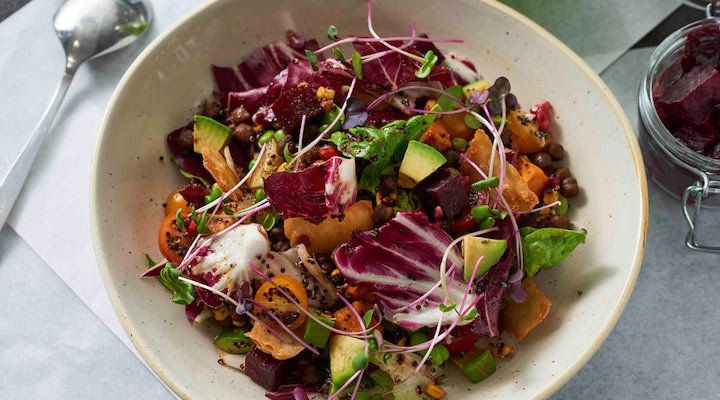 The Meet, a brand new vegan pop up in Clapham is a step forward for London vegan cuisine offering a mixture of comfort and health foods, made with quality ingredients. The Meet is part of a new wave of vegan establishments that offer great-tasting, attractively presented food in an aesthetically pleasing setting.

While New York and California are several years ahead of London when it comes to vegan food, there have been an increasing number of offerings opening in London in the past three years to bridge that gap. Many of these new offerings have been vegan fast-food joints, such as Hackney’s KFC-like Temple of Seitan or Shoreditch’s Vurger. While these do satisfy a certain craving, they have not offered Londoners the sit-down restaurant experience that would allow them to make more of an evening out of eating.

The Meet, recently opened in the cavernous, night-club looking Fu Manchu space, under the railway arches in Clapham North. Complete with up-wall rainbow lighting and a bar with Far-Eastern carvings on its side, it also has a seating area at the back that’s bathed in natural light from the glass ceiling, giving it the feel of eating in a conservatory. This setting is perfect for long weekend brunches with friends, made even better by the bottomless brunch option available on Saturdays and Sundays.

Having tried all of these I can confirm that they are delicious.

Chef Dominic Taylor, previously Executive Chef of the Jam Tree, has created a menu that recreates popular lunchtime dishes using vegan staples such as Seitan, tofu and imitation cheeses. The menu caters to both seasoned vegans and their carnivore friends. My guest, a committed carnivore, was pleasantly surprised by the authenticity of the taste of the blue ‘cheese’ used on the Bourbon, maple and siracha glazed cauliflower ‘wings’. He was also a little too keen on the Southern fried seitan nuggets, managing to eat most of them before I managed to salvage one for myself with the jab of my fork. The satay dressed charred broccoli with edamame, tofu and avocado managed to combine rich flavour and a well balanced mix of textures.

The only complaint was about the ‘Mac Daddy O’ mac and ‘cheese’ – I had to share it with my eager friend, who between mouthfuls, repeatedly told me he couldn’t believe it was dairy free. A selection of high-stacked burgers are available, but we opted for the brunch menu items of a full English breakfast complete with ‘bacon’, ‘sausages’ and scrambled ‘egg’ made from tofu.

The selection of ice creams produced by Hackney Gelato that we finished with were incredible, especially the chocolate. It’s certainly in the running for the best vegan ice cream I’ve tasted. 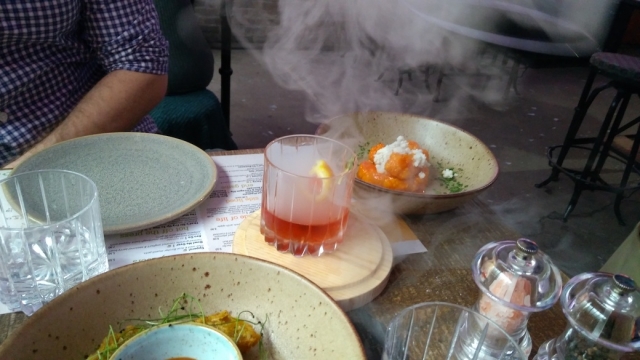 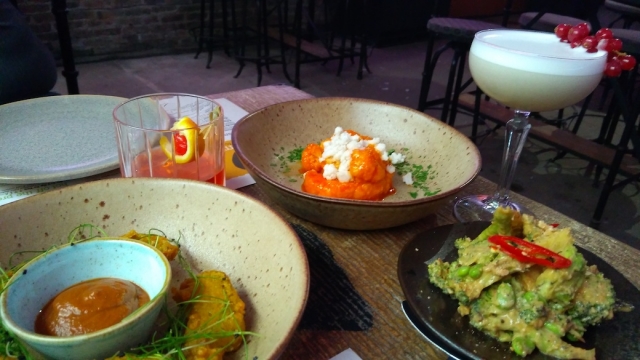 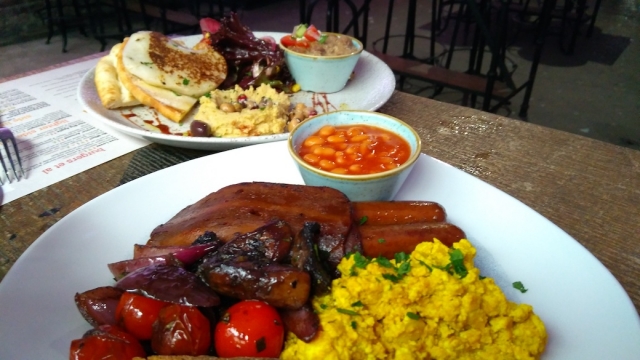 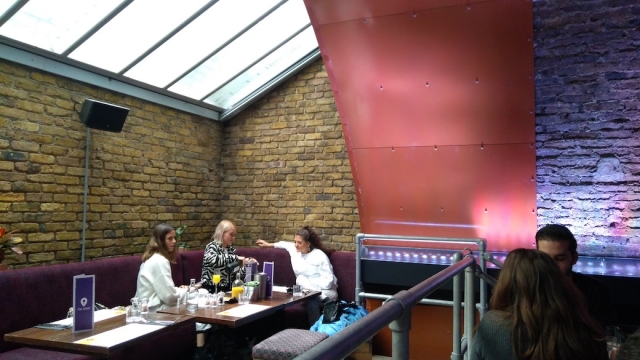 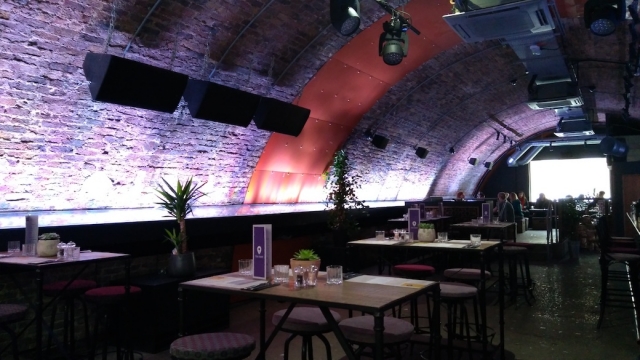